Remedy has an ambitious plan to have three franchises on the market by 2025, and it's possible new games like Alan Wake and a Control sequel could release in the next four years. 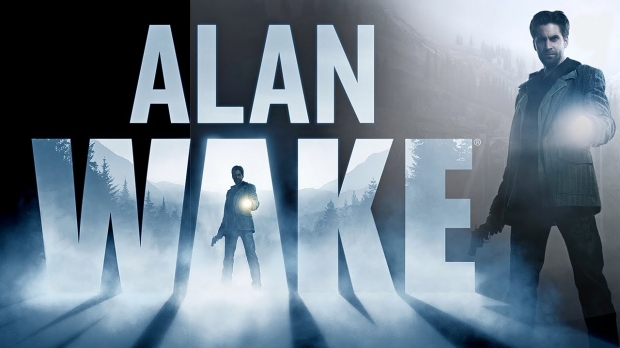 Remedy Entertainment is currently working on five big projects, including two projects funded by Epic Games (which are believed to be Alan Wake titles), and a new big-budget Control game with 505 Games. These titles could release by 2025.

"By 2025, we aim to create several successful games and at least one major hit game that can [appear] on global selling charts," Remedy CEO Tero Virtala said in a recent earnings call.

"We will own at least 3 expanding game franchises all which will have long-term hit potential for the games they are producing." 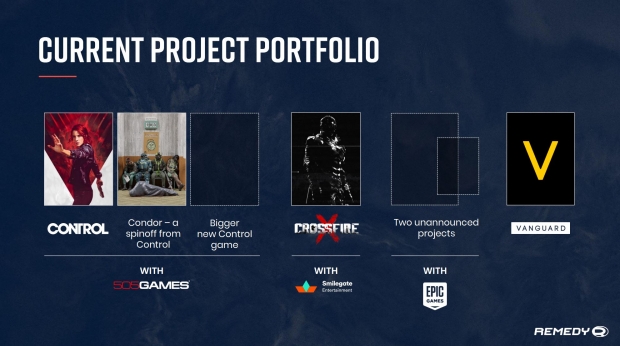 "We are approaching a phase where we are able to launch new games into the market more often and more regularly than we have been doing in the past."

Remedy is working on five games:

"So we will not be able to have 4-5 projects in full production mode at the moment, but when we smartly decide to phase these projects we are able to innovate, take them further, and at the same time build new quality development teams in order to increase our future game offerings." 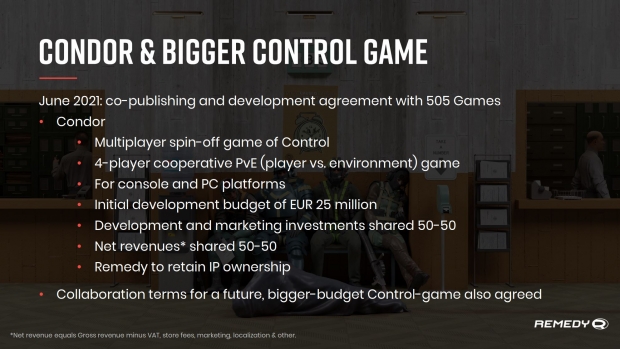 Virtala gives an idea on Remedy's scope, dev time, and requirements to make big games. Control had about 100 developers at its peak, and took 3 years to develop with a 30 million euro budget.

While it's possible that most of the games could be ready by 2025, it's highly likely that at least the Epic titles will be ready by then.