The highly-anticipated report on UFOs or Unidentified Aerial Phenomena (UAP) by the Office of The Director of National Intelligence (ODNI) has been released online for public viewing. 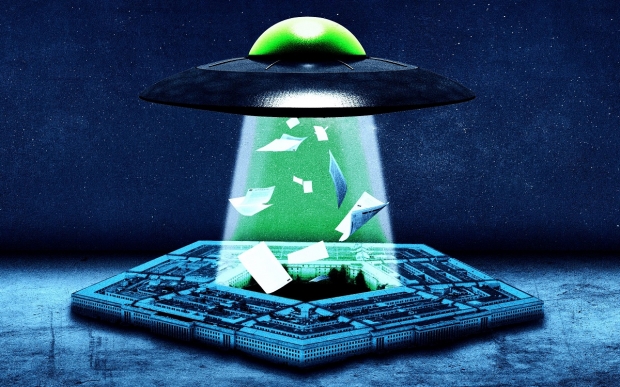 The report by the ODNI explores the possibility that these nearly 150 sightings of UAPs by U.S. government personnel (USG) are a threat to national security and what the Department of Defense plans on doing to understand the threat. According to the report, there is very limited high-quality data on UAPs, which has led the report to be inconclusive on their origin or intent.

However, the report states how the U.S. government will make moves to understand UAPs better and, therefore, be able to explain them. According to the report, there needs to be standardized reporting implemented for sightings and consolidation of data, allowing for a deeper analysis. "As the dataset increases, the Unidentified Aerial Phenomena Task Force (UAPTF) ability to employ data analytics to detect trends will also improve. The initial focus will be to employ artificial intelligence/machine learning algorithms to cluster and recognize similarities and patterns in features of the data points", the report reads.

Here's what the Pentagon will need to explain UAPs:

As the database accumulates information from known aerial objects such as weather balloons, high-altitude or super-pressure balloons, and wildlife, machine learning can add efficiency by pre-assessing UAP reports to see if those records match similar events already in the database.

-The UAPTF has begun to develop interagency analytical and processing workflows to ensure both collection and analysis will be well informed and coordinated.

The majority of UAP data is from U.S. Navy reporting, but efforts are underway to standardize incident reporting across U.S. military services and other government agencies to ensure all relevant data is captured with respect to particular incidents and any U.S. activities that might be relevant. The UAPTF is currently working to acquire additional reporting, including from the U.S. Air Force (USAF), and has begun receiving data from the Federal Aviation Administration (FAA).

- Although USAF data collection has been limited historically the USAF began a sixmonth pilot program in November 2020 to collect in the most likely areas to encounter UAP and is evaluating how to normalize future collection, reporting, and analysis across the entire Air Force.

- The FAA captures data related to UAP during the normal course of managing air traffic operations. The FAA generally ingests this data when pilots and other airspace users report unusual or unexpected events to the FAA's Air Traffic Organization.

- In addition, the FAA continuously monitors its systems for anomalies, generating additional information that may be of use to the UAPTF. The FAA is able to isolate data of interest to the UAPTF and make it available. The FAA has a robust and effective outreach program that can help the UAPTF reach members of the aviation community to highlight the importance of reporting UAP.