AMD will have its RDNA 2 graphics architecture inside of Samsung's next-gen Exynos SoC, which is said to be revealed next month. 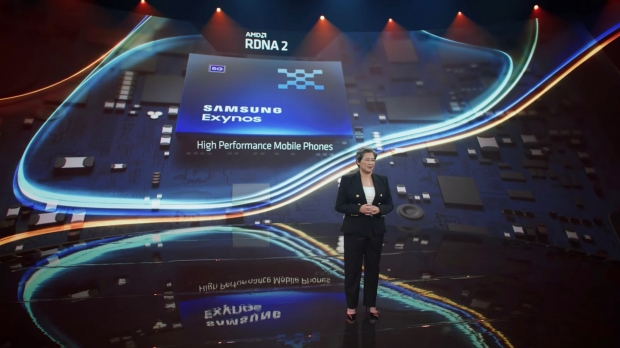 The new Samsung Exynos processor with RDNA 2 inside was meant to be unveiled this month but has been delayed according to leaker Ice Universe on Twitter. Samsung's next-gen Exynos processor will be offering ray tracing support as well as variable rate shading (VRS).

Samsung isn't so great on the CPU side of things, which is why the South Korean giant has reportedly been hiring architecture engineers from both Apple and AMD -- but with AMD providing its RDNA 2 GPU architecture to Samsung for the GPU side of its next-gen Exynos, this is going to be interesting.

This is going to be yet another pivotal release for AMD more so than Samsung, as it will be AMD's technology that drives Samsung's new marketing push for GPU power inside of its next-gen Exynos chip and whatever new device (smartphone, foldable, tablet) that Samsung inevitably unveils.