Battlefield 2042 is by far the biggest game DICE has ever made and features 128-player maps of staggering size and scope. 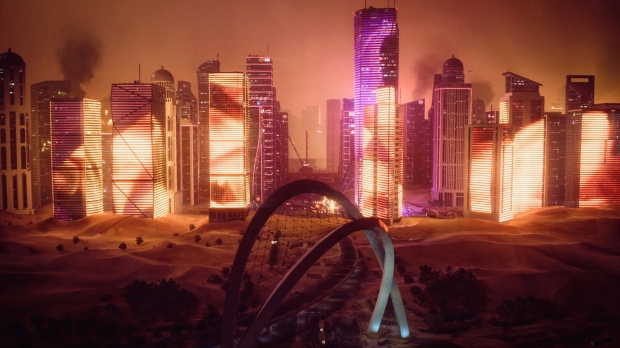 Battlefield 2042 ships with 7 maps this October, and the 128-player maps in particular are absolutely staggering. In a recent Twitch stream, DICE developers gave more details about the 64v64 Conquest maps and how they're so big that a new gameplay concept had to be invented.

To keep the action explosively high and varied, DICE has introduced something it calls clusters to Battlefield 2042. The concept is simple: Each Conquest map has multiple key sectors and areas that can be captured that are strewn throughout the map. Each sector has its own focus on battle, whether it's more for infantry like a closed-off stadium, or a huge open-ended desert made specially for vehicles. Battles are concentrated in these clustered areas. 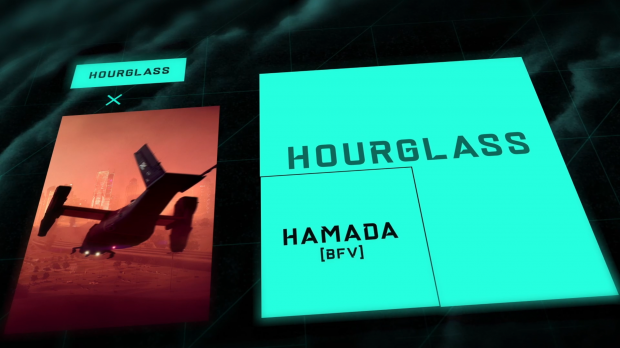 Conquest's 128-player Hourglass map, which takes place in the future city of Qatar, is a perfect example. It's about 4x as big as Battlefield V's Hamada map, and it features multiple zones including:

Fight in a city lost to the desertification around it. Massive dust and sand storms are constantly rolling in, blotting out the natural light, as you battle for control of a convoy trapped in the shifting sands. 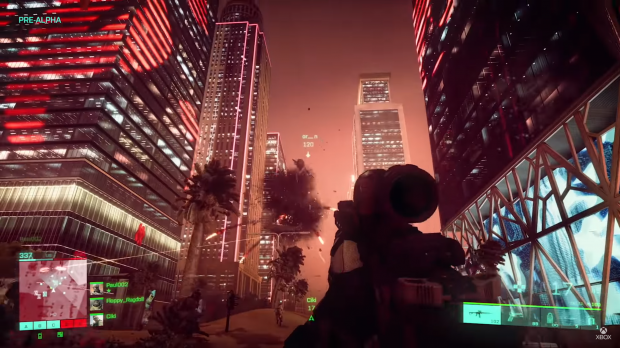 "This is a leap for us. When we go to 128 players, when we go to a larger playspace, you can't just copy what we've done before. We've had to also re-invent how we approach level design. What we're doing this time to encapsulate the essence of Battlefield, and the pacing that our players know and love, is that we're introducing this concept of what we call Clusters.

"While watching the gameplay reveal, for example, we have this map called Hourglass that's set in Qatar. This map really speaks to the new mentality around the level design and clustering. You can almost imagine it as a massive battlefield, but within that battlefield there's multiple battles going on. In the Western part of this map you'll find a huge stadium, and within this stadium there's multiple capture points. If you want to own the sector you have to fight to control all the capture points within that sector." 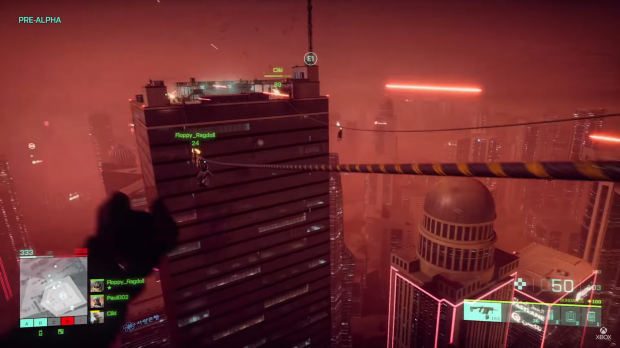 The same is true for other sectors, like Qatar's Neon City. The Neon City has multiple towering skyscrapers that can be captured, and there's ziplines connecting each one.

Since the maps are so big, gamers need a quick way to get around. Battlefield 2042 will let you call down transport at any time and you can hop in with your squad to travel to specific areas on the map. 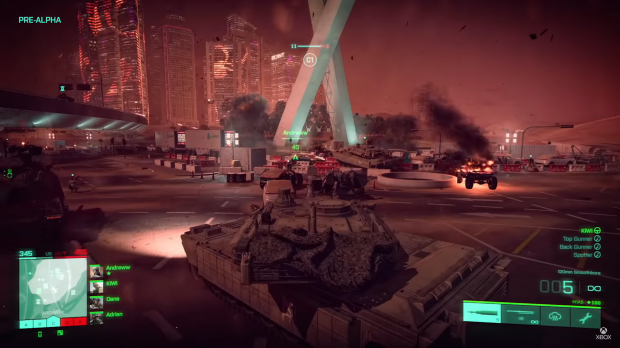 "It's this concept of clustering objectives into concentrated areas so we can have high pacing but then also have different types of gameplay in these areas. And in between these spaces as well you have vast open landscapes; on the Hourglass map, for example, you have rolling sand dunes. It's here you'll see lots of vehicle-on-vehicle combat.

"There's areas of our maps that are built for the vehicle and infantry mix and in Hourglass, there's a perfect spot for this; if you go down South of the map there's a quick sizable village there which has interior for infantry but vehicles can also roam the streets there.

"In the center of the map you have these massive arches that're overlooking this highway intersection where massive convey and vehicles have been abandoned."

Belin says Conquest is built on freedom and scope. DICE wants to give players a new level of access to specific experiences, whether they be close-quarter gunfights or all-out chaotic vehicle onslaughts.

"One thing I think is important to mention about the Conquest maps is the freedom and access to the sandbox at your fingertips.

"Do you need a vehicle, okay call it and get it in here. Do you want to change out your attachments, hey okay the plus menu, just do that on-the-fly. You don't have to respawn or anything like that. And the freedom of choice: Hey I want to have close quarters, I go to the stadium. Hey I want to have awesome verticality, I go to the Neon City. I want to have vehicle-on-vehicle combat, let's just roam the areas in between."

This level of scope requires a lot more power, and that's why the 128-player Conquest mode is exclusive to Xbox Series X, PlayStation 5, and PC.

Here's what EA has to say about the three multiplayer modes:

TO BE ANNOUNCED - the third experience, being developed by DICE LA, is another exciting new game-type for the franchise. This experience is a love letter to Battlefield fans and one that long-time players will feel right at home with. Tune-in to EA Play Live on July 22 for all the details.