NASA's small but study, Mars helicopter has successfully completed its seventh flight. This time Ingenuity has explored a new area. 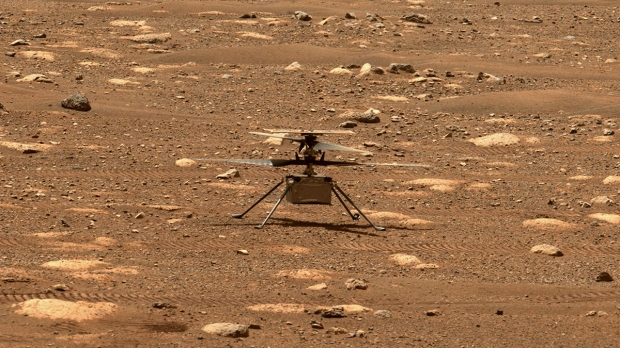 NASA launched Ingenuity off the surface of Mars and took it 350 feet south to inspect a possible landing location that has only been seen from orbiting spacecrafts. The mission took Ingenuity to a completely new terrain that was then captured on the helicopter's navigation camera for further research. NASA announced that the mission was a success, giving Ingenuity its seventh flight badge.

When Ingenuity touched down on Mars with Perseverance, the new Mars rover, NASA planned that the small helicopter would only have five flights, as that's all it was designed to do. However, Ingenuity doesn't seem to be slowing down anytime soon, and recently it encountered a shock test that gave NASA researchers some insight into just how strong the helicopter is - more on that story here. Ingenuity is currently stationed in the new landing location, awaiting orders. If you are interested in reading more about this story, check out this link here.