NASA has really seen what its Martian helicopter as it encountered a strange anomaly on its sixth flight test. 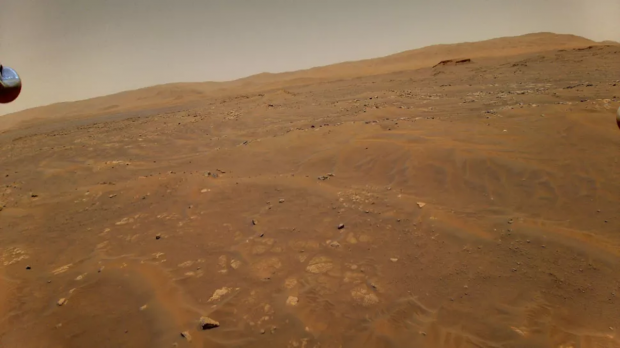 On May 22, the Ingenuity helicopter took off for its sixth planned flight test on Mars, and while the mission was going according to plan at first, Ingenuity began to experience a glitch that caused the flow of images from its navigation camera to its onboard computer to be interrupted. Ingenuity chief pilot Havard Grip of NASA's Jet Propulsion Laboratory in Southern California wrote, "This glitch caused a single image to be lost, but more importantly, it resulted in all later navigation images being delivered with inaccurate timestamps."

Due to the navigation image timestamps being incorrect, whenever the navigation algorithm attempted to perform a correction, it was operating off the incorrect information of when the image was taken. As a result, "The resulting inconsistencies significantly degraded the information used to fly the helicopter, leading to estimates being constantly 'corrected' to account for phantom errors. Large oscillations ensued." said Grip.

Additionally, Ingenuity experienced spikes in power consumption but still managed to soldier on through landing within 16 feet of its originally intended landing location. Grip says that while NASA didn't plan to have such a stressful mission, it's actually a good thing because now NASA has data on how Ingenuity does when it's pushed to the very max of its performance.

"In a very real sense, Ingenuity muscled through the situation, and while the flight uncovered a timing vulnerability that will now have to be addressed, it also confirmed the robustness of the system in multiple ways," Grip wrote.

"While we did not intentionally plan such a stressful flight, NASA now has flight data probing the outer reaches of the helicopter's performance envelope," Grip added. "That data will be carefully analyzed in the time ahead, expanding our reservoir of knowledge about flying helicopters on Mars."