CD Projekt Group still isn't sure when Cyberpunk 2077 will return to the PlayStation Store, but the company is still in active talks with Sony. 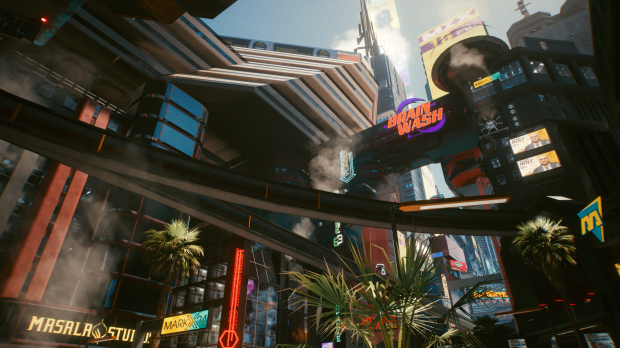 CDPR gives investors slightly more detail in how it's negotiating with Sony to reinstate Cyberpunk 2077 to the PlayStation Store. In a recent earnings call, CD Projekt SVP of Business Development Michal Nowakowski says Sony has an internal set of metrics that Cyberpunk 2077 must adhere to in order to return to the PS Store. No exact details were outlined, though.

"I can't go deep into the set of metrics and how the conversation has progressed has to remain at the discretion of PlayStation and ourselves. But yes, there is a set of metrics, let's put it like that, on a high level but I can't go into the details of where we are on that. There is a process and we're in the middle of the process and this conversation is happen. That's all we can say. The decision will be announced when it's ready to be announced."

Cyberpunk 2077 has been de-listed from console gaming's biggest storefront for over five months. The absence of sales on PS4 has taken a bite out of Cyberpunk 2077's sales, and as of Q1'21, the game made roughly $21.57 million from sales mostly on the digital PC storefront (this equates to roughly 359K copies at $59.99 a piece, but the actual sales are lower because of retail and storefront discounts). CD Projekt hasn't given an update on exact sales and doesn't plan to unless the game breaks certain milestones.

CD Projekt also released an interesting graph that shows CP2077 crashing is decreasing as it releases new updates. It's unknown just how many crashes the game has experienced at launch versus now. 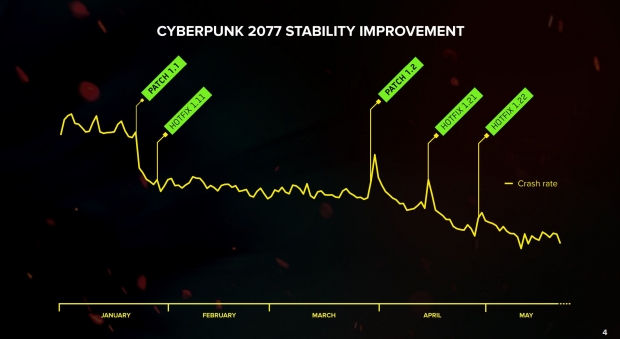