Epic Games has unleashed the next-gen Unreal Engine 5 which looks truly mind-blowing and will usher in the future of next-gen games powered by UE5. NVIDIA and AMD have both got their latest and greatest technologies supported inside of Unreal Engine 5.

A post on the NVIDIA developer website reminds gamers that the company launched its RTX technology with the Star Wars demo called Reflection. Reflection was built on Unreal Engine 4 at the time and looked CG-style good. It "laid out a vision of a new era of computer graphics for video games that featured photorealistic, ray-traced lighting, AI-powered effects and complex worlds with massive amounts of geometry and high-resolution textures".

Well, now Unreal Engine 5 is here and NVIDIA is able to take things to an entirely new level with what Epic Games has built into the UE5 bag of tricks. 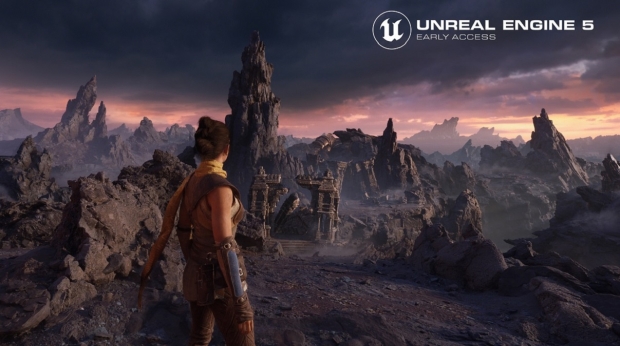 Nick Penwarden, Vice President of Engineering at Epic Games, explains: "We've utilized RTX GPUs extensively throughout the development of Unreal Engine 5 and all of the respective sample content released today. Thanks to a tight integration with NVIDIA's tools and technologies our team is able to more easily optimize and stabilize UE5 for everyone".

NVIDIA's kick-ass DLSS (Deep Learning Super Sampling) and Reflex technologies have made their way into Epic Games' next-gen Unreal Engine 5. NVIDIA Reflex is available immediately in Unreal Engine 5, while DLSS won't be available in UE5 just yet and will be coming in the "coming weeks" says NVIDIA.