Like all publishers, SEGA wants to maximize its sales potential with widespread reach and availability across global markets and storefronts. 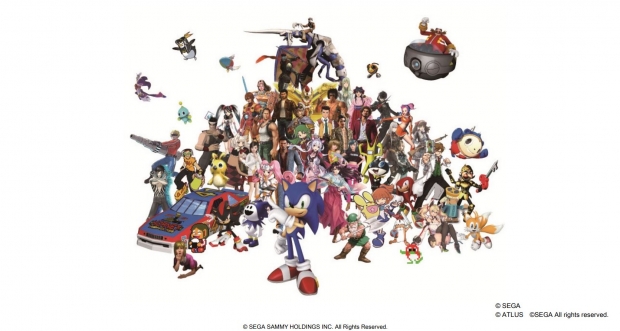 In a recent 2021 Q&A session, SEGA CEO Haruki Satomi confirms the company wants to release its biggest games simultaneously across the globe. This is a change from previous years where games like the Yakuza series launched in Japan first, and then months later for the European and North American market. This staggered launch worked well in the past, but now SEGA will push to launch its mega-budget games for worldwide audiences at the same time to maximize sales potential.

As explained in the briefing session, the potential for significant expansion of sales of the same game is still left through the simultaneous global release and the multiple languages support, and we think the earnings will naturally follow.

Until now, for example, when we launch Ryu ga Gotoku (Yakuza in overseas) title, we have released the Japanese version first and subsequently released in succession for each region, so there were dispersion in the level of localization, such as whether or not to support voice localization and the corresponding languages.

By changing this to the simultaneous roll-out in multiplatform and multiple languages, the dispersed marketing costs can be spent within certain period of time in focus and can be restrained as a result.

Despite this plan, SEGA still plans to release more games in North America and Europe than it does in Japan. In FY2022, SEGA will launch 12 games in the West and 5 games in Japan. For reference, SEGA sold 41.77 million copies of games through the fiscal year ended March 31, 2021. 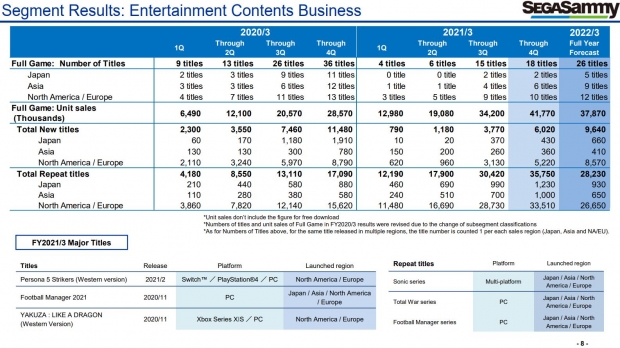 SEGA also says it will start embracing the Epic Games Store as another avenue for PC game sales. The publisher has had a large presence on Steam over the years, but the 88-12 revenue split on the Epic Store is quite attractive, and SEGA has been releasing a number of key titles on EGS including Phantasy Star Online 2, Alien Isolation, Total War Warhammer III, Football Manager 2021, and Humankind Deluxe Edition.

In terms of the PC market, Steam has been the strongest platform up to now, but it becomes the environment where we can expand to other platforms, including Epic Games.

By pursuing such multi-faced roll-out, we think we can establish the structure that will enable to sell the titles 2 million to 3 million units in lifetime, which had previously been sold around 1 million units globally.

As SEGA is moving away from its arcade business, this stronger pivot towards global releases becomes more critical for increased sales.

This is just one dimension of SEGA's business. The company will continue cross-media entertainment including the new Sonic TV show and movie sequel.

SEGA is also holding a 30th anniversary stream for Sonic The Hedgehog this Thursday, May 27.