EA may be gearing up a big new cross-platform live service mode for Battlefield that keeps users playing for extended periods of time.

Battlefield 6 is a big deal for EA. The publisher describes the game as a "re-launch for the franchise," and has more teams working on it than ever before--DICE Stockholm, DICE LA, EA Gothenburg, Criterion (vehicles), and practically the whole Frostbite team are contributing. This kind of collaboration sets Battlefield up to be a kind of entry point to a platform of sorts that makes a big multi-year splash. The premium release will be huge, but that's just the beginning. EA's live service aspirations for the title are even bigger and will carry the experience forward for some time.

In its recent FY2021 earnings call, EA executives Andrew Wilson and Blake Jorgensen make interesting remarks around the new Battlefield. There's talk of new business models (which is part of EA's new three-part strategy) and engagement strategies, which is the kind of language Activision used to describe Call of Duty Warzone, the industry's most transformative cross-game ecosystem to date.

Will Battlefield get its own Warzone-like F2P add-on too? EA doesn't confirm anything, but they do give us clues that something big is on the horizon.

"Epic scale battles, unbelievable player counts and destruction, it's really incredible. It's a very innovative and creative mode for the future of the franchise," EA CEO Andrew Wilson said in the call. 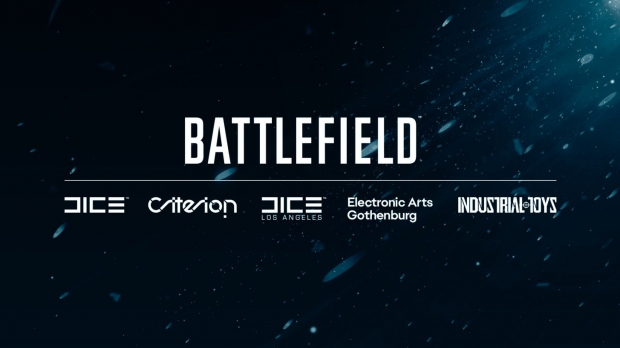 "We have a very clear long-term growth strategy for our biggest blockbuster franchises. This is the foundation of our business and has seen us grow all major platforms and business models."

EA has already confirmed how Battlefield will fit into two parts of its three-part strategy: The premium release in Holiday 2021, and the upcoming mobile game from Industrial Toys. There's just one part missing: New business models/live services.

EA Chief Financial Officer Blake Jorgensen hints that Battlefield 6 could offer the most substantial long-term play out of any Battlefield game to date.

EA plans to reveal its new Battlefield game in June with a full-on reveal trailer, followed by steady content drops and updates until the game launches in in the Holiday period.