A 12-year-old that is very into science has conducted an experiment to see if he could make himself magnetic by eating magnets. 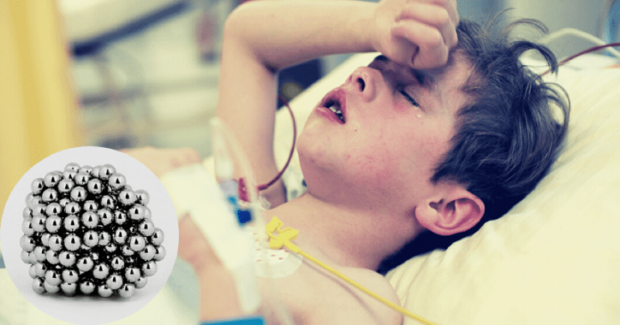 The young boy named Rhiley is extremely passionate about science, and according to his parents, he told his mother, "I tried to stick magnets to me, I wanted to see if this copper would stick to my belly while the magnets were in." Rhiley was then immediately rushed to the emergency room, where x-rays revealed that Rhiley swallowed 54 magnets that were in his stomach and bowel.

Surgeons were very concerned that the magnets could burn through tissues or vital organs, which could lead to fatal internal damage. Rhiley underwent six-hour surgery and was eventually released for recovery. That wasn't where the problems ended, though. Rhiley then spent the next ten days vomiting green liquid, leading to him having to be tub-fed and had to have a catheter inserted. Rhiley recovered in the Royal Manchester Children's Hospital. For more information on this story, check out this link here.