Sony today announced it will hold a special State of Play event for its next big PlayStation 5 exclusive Ratchet & Clank Rift Apart. 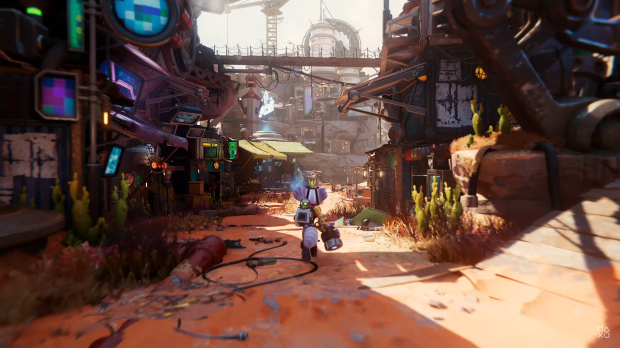 Insomniac just showed new gameplay footage for Rift Apart that flexes the PlayStation 5's processing and SSD power. This is just the tip of the iceberg--Sony plans to show off a huge 15-minute chunk of footage at a new State of Play on Thursday, April 29 at 5PM EST.

Insomniac devs should be at the show to discuss details including DualSense integration, Rift Apart's ultra-fast loading times thanks to the PS5's high-end PCIe 4.0 SSD tech (seriously, this game handles world transitions so incredibly smoothly), and possibly some info on the game's ray-traced illumination effects. We could also get more info on the game's display/performance modes that should include a 4K 30FPS option and a 60FPS option with dynamic resolution scaling.