This means that we'll get AMD FidelityFX technologies inside of the Xbox Series X/S consoles, with technologies like FSR (FidelityFX Super Resolution, or FSR is AMD's upcoming NVIDIA DLSS competitor) as well as FidelityFX Denoiser, Variable Shading, and much more.

AMD explains on their official website: "For developers, this means that it will be even easier than before to create cross-platform games with AMD FidelityFX now available in the latest Xbox Series X|S Game Development Kit (GDK), and to start, we are making FidelityFX Contrast Adaptive Sharpening (CAS), Variable Shading, and our ray-traced shadow Denoiser available".

"For gamers, AMD FidelityFX coming to Xbox Series X|S means that future Xbox games will be able to benefit from all the platform-specific optimizations and incredible visuals that FidelityFX already helps deliver on PC games". 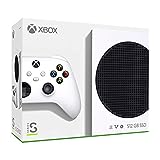