AMD has started teasing its DLSS competitor through LinusTechTips, where in their latest video (which features yours truly at the beginning) Linus explains that AMD will be launching their DLSS competitor on all platforms powered by the RDNA architecture.

But it looks like AMD is preparing its new FidelityFX Super Resolution, which the company will reportedly make available across all platforms that are powered by the RDNA architecture. This means that AMD would be launching its DLSS competitor on not just Radeon RX graphics cards, but also Sony's PlayStation 5 and Microsoft's Xbox Series X/S consoles.

Linus explained: "Apparently, rather than rushing [FidelityFX Super Resolution] out the door on only one new top-end card, they want it to be cross-platform in every sense of the word. So they actually want it running on all of their GPUs, including the ones inside consoles, before they pull the trigger. It would've been nice to have it ready by the time the cards launched, but as we saw with NVIDIA's DLSS 1.0 versus DLSS 2.0, it could be for the best". 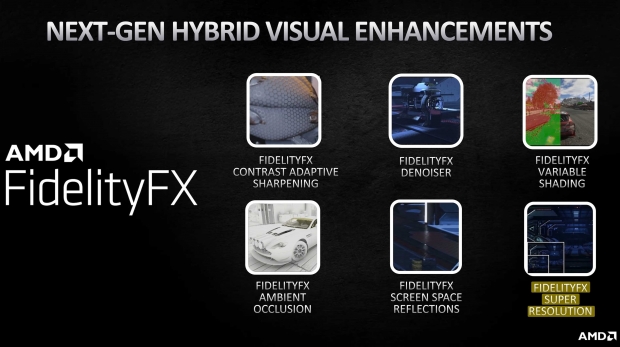