AMD has finally confirmed that we will have RDNA 2-powered PC graphics cards with their NVIDIA DLSS competitor sometime this year, with FidelityFX Super Resolution or FSR.

During a recent chat with the lads at PC World, CVP & GM at AMD Radeon, Scott Herkelman, explained: "It's progressing very well internally in our lab, but it's our commitment to the gaming community that it needs to be open that it needs to work across all things and game developers need to adopt it. Even though it's progressing well, we still have more work to do and not only internally but with our game developer partners". 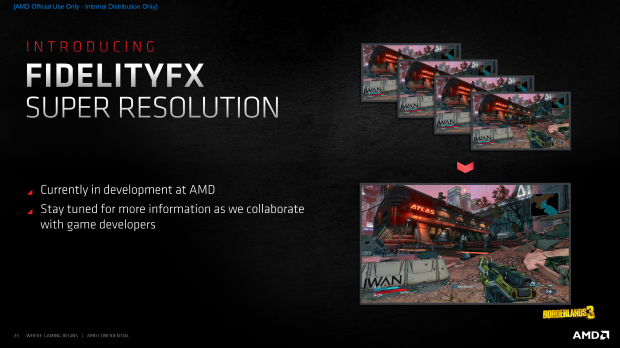 So it will be coming over to Radeon RX graphics cards and gaming PCs first -- great to hear, btw AMD -- and then next-gen gaming consoles with the Microsoft Xbox Series X/S and PlayStation 5 consoles after. We don't know much about it just yet, but it'll be interesting to see how AMD's new FSR competes against NVIDIA's kick ass DLSS 2.0 technology.