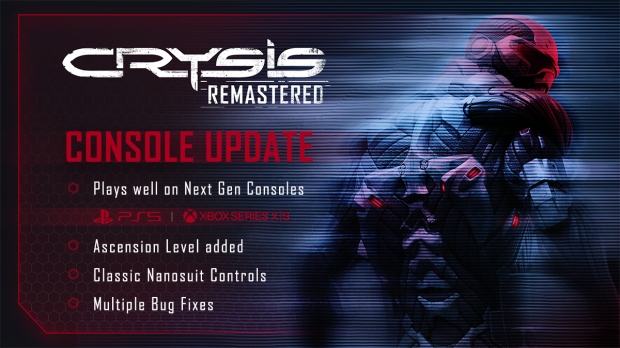 According to DigitalFoundry's findings, Crysis Remastered aims at the following perf targets:

DigitalFoundry says performance mode is overall good on Series X, but there's FPS perf drops in busy combat areas. On Series S, the FPS can drop to the low 40s.

The raytracing mode can take a big hit on performance on Series X that misses the overall target, but Series S holds its own at 1080p 30FFPS with RT on.

Real PlayStation 5 performance metrics haven't been released just yet, but Crytek says we should expect the game to use dynamic resolution scaling to hit 1080p 60FPS in performance and raytracing modes, and 1800p 60FPS in quality mode. 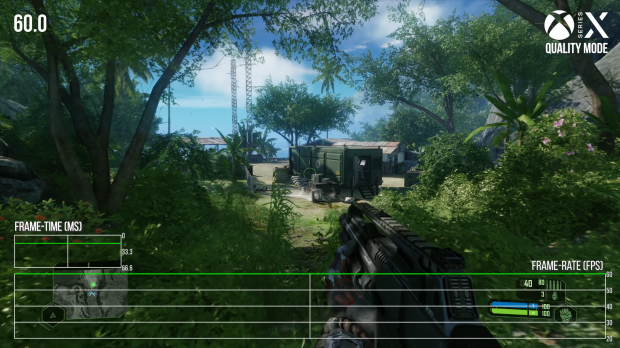