Ever wanted to take Final Fantasy 7 on the go, but can't afford a Switch? Just load it up on your smartwatch.

Emulation lets you do some awesome things, like loading up Diablo 1 on an Xbox Series X for example. Or you could be like YouTuber Lucky Seven GTR and get old-school PlayStation games running on your smartwatch.

The smartwatch in question is the Android-powered DM2019 that features a quad-core 1.1GHz ARM Cortex-A53 CPU, 1GB of RAM, and 16GB of onboard space--perfect for running older PS1 titles and games from older generations too. It's likely the watch is running the Google Play version of Retroarch which offers straightforward and seamless setup.

Yeah, it's kind of a cramped space and the touchscreen controls aren't ideal...but you can totally hook up a Bluetooth controller for ant-sized console action. 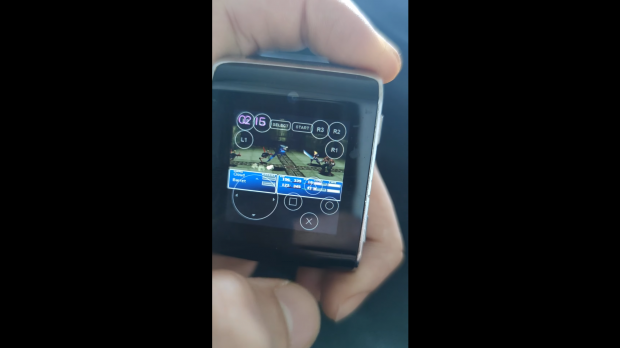