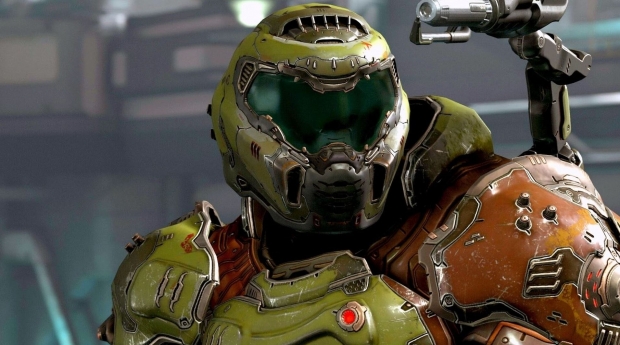 The id Tech 7 engine is pretty amazing: It can hit an insane 1,000 FPS on PCs, and id says there's "no upper limit" on frame rates. The engine is ferocious, flexible, and future-proofed for next-gen hardware, and has been used for a multitude of games like Wolfenstein, Fallout 4/Fallout 76, and RAGE 2. Now that Microsoft owns id, the potent engine could help power other games from Xbox's 23 studios.

In a recent Bethesda/Xbox event, Phil Spencer daydreams about id Tech being used for other projects outside of Bethesda's ring of devs. id Tech 7 could be the basis on which multiple titles are made, not unlike how EA uses Frostbite to unify most of its games.

"One thing we don't talk about, but that I get excited about, is the future of id Tech. What could that mean inside of Xbox? Obviously we've got a ton of studios who do a bunch of different work. I love the way Marty talked about how they've collaborated with other Bethesda studios on id Tech. I think about that on the next level," Spencer said.

"What can we do inside of our organization with id Tech, which is one of the world's best game engines out there and just make it a tool that so many developers can use to realize their vision."

By no means will Bethesda mandate id Tech's usage like EA does with Frostbite. Spencer was just thinking out loud, but it's actually a great idea.

The discussion video is jam-packed full of nifty tidbits from Bethesda's collaborations with Microsoft, including how the teams iterate on each other's games.

Bethesda also says it holds internal winter festivals where all developers come together and share their games. The event is a huge morale boost and serves as a kind of litmus test to see what's good and what needs work. This collaboration leads to lots of developers overlapping on specific projects, because as Erin Losi says, "We're all fans of each other's work."

Bethesda execs reveal that they have breakout sessions, meetings, and summits within the studio and they create their own little mini-GDC events. It's a great way to connect, grow, and iterate.