Doom Eternal goes beyond even the craziest frame rate ambitions and can hit up to 1000 FPS of bloody, demon-slaying carnage.

The new id Tech 7 engine is absolutely mind-blowing and can run Doom games 300% faster than id Tech 6. The studio says Doom Eternal maxes out at 1000 frames-per-second thanks to the new engine optimizations--but only if you have the hardware might to throw at the game.

And that's only the theoretical limit; id is careful to say the game is future-proofed so that next-gen PC hardware can push the bar even higher.

"On id Tech 6, we maxed it out to 250FPS. In Doom Eternal we've maxed out at 1,000 FPS. You can hit that if you have the hardware. There's really no upper limit," id Software lead engine programmer Billy Khan told IGN.

"On hardware we had built for testing we had scenes running at 400 frames per second. So people who have like a 144Hz monitor or even the new monitors that you'll see coming out that go even above that, going forward this game will hold out for many years and it will give you really amazing opportunities to leverage that hardware.

"Speed is one of the most important things when playing a Doom game, and that takes a lot of effort from all departments."

Obviously this is only for PC. The PS4 and Xbox One versions of Doom Eternal will run a constant 60FPS.

Doom Eternal is truly next-gen and will serve as id's magnum opus. The studio confidently says it's the best game they've ever made, and everything we've seen shows havoc-inducing FPS that's on another level.

The game will also have a long-winded tail centered around RPG progression mechanics, allowing gamers to fortify, customize, and build their Doom Slayer as they see fit. 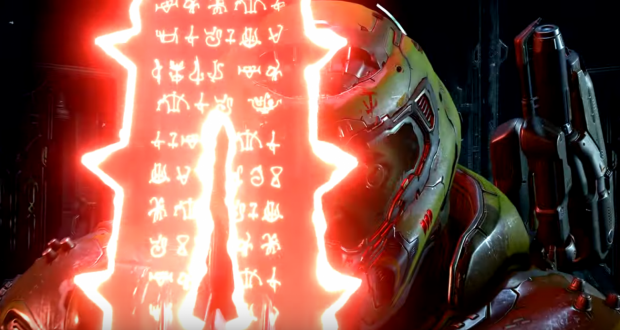