The PS5 stays pretty quiet and cool by itself, but modders have taken things to a whole new level with a specially-built water-cooled PS5. The console sports a fully customized waterblock, two thin 120mm Noctua NF-A12x15 Chromax fans set in 240mm radiator, an Alphacool pump, and other vital additions like new thermal pads (Sony has been criticized for the PS5's stock thermal padding). 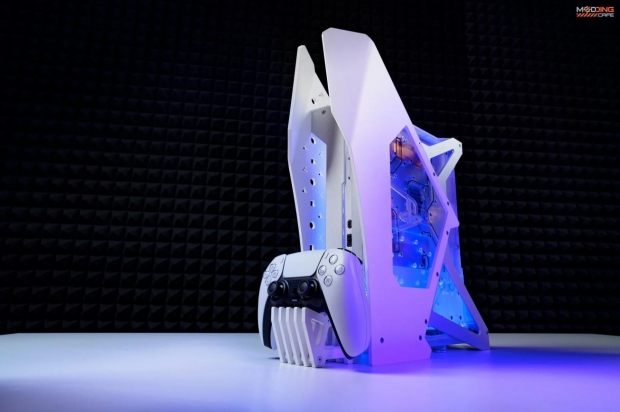 So did the setup reduce temps? The water-cooled PS5 hit roughly 51C while playing Astro's Playroom for 1 hour on a 4K display, which is pretty good. The PlayStation 5 already has great cooling thanks to its dual-sided 130mm axial fan and unique chassis, which is specifically contoured to direct air into critical components. The liquid-cooled thermal compound was also removed in favor of a direct CPU cooler. 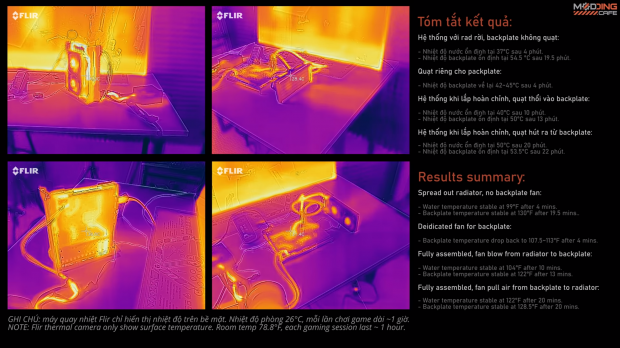 The modder says this is just the beginning of his custom PS5 builds, and that he will even start selling them to consumers. The team even plans to pack in a water-cooled PS5 into a PC, similar to Origin PC's crazy Big O build.

"We are continuing to prepare for a commercial version, and are also ready to integrate the water-cooled PS5 into one of our next PC builds. Don't miss it." 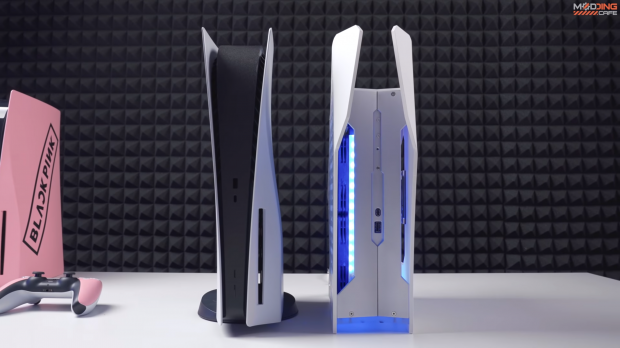 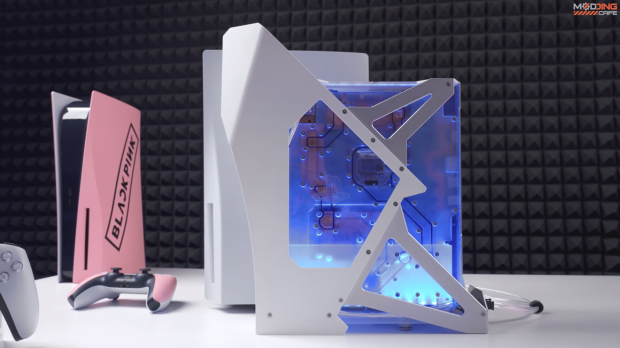 Spawnwave's temp tests show the PS5's APU can level out around 62C while gaming, whereas the RAM can jump to 71C. CNET, however, used a FLIR camera to measure the temperature of the PS5's heat output and only got ~35C.

Gamers Nexus might be the most thorough with PS5 temp testing: 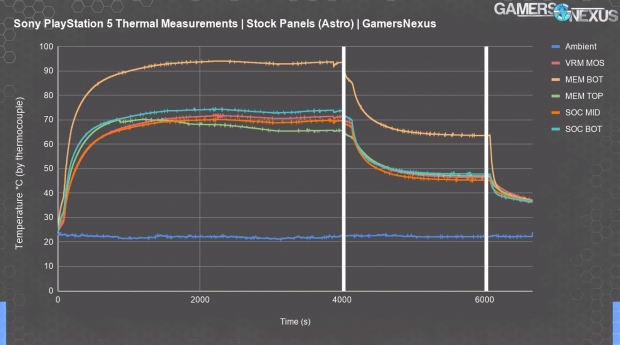