CES 2020 - Origin PC's crazy console-PC hybrid build is now on sale, packing in a PlayStation 4 Pro or Xbox One along with PC gaming components. 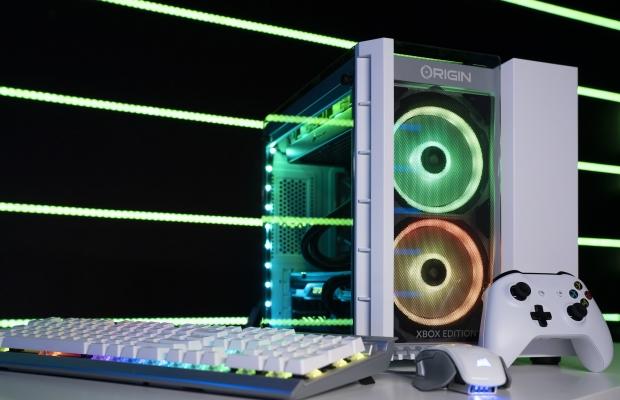 The Big O is built on one simple premise: Converging PC and console gaming hardware in one box. Consumers can actually buy the Big O right now, but it's a watered down version of the insane every-console-in-a-PC-box build shown off in July.

The current Big O offers either a PS4 Pro or an Xbox One S All-Digital Edition, not both, and neither the Nintendo Switch or Xbox One X are available. Both consoles are liquid-cooled though, and the consoles can be used independently of the PC. They have separate power connections and HDMI outputs which is a nifty plus.

"We were completely overwhelmed by fans calling in, tweeting us and contacting us, asking us where they could buy a BIG O," said Kevin Wasielewski, ORIGIN PC CEO and co-founder.

"Our team wanted to find a way to recreate the BIG O in a way that would satisfy everyone's desire for one of their own, and we're proud to unveil the 2020 BIG O, a system that does just that." 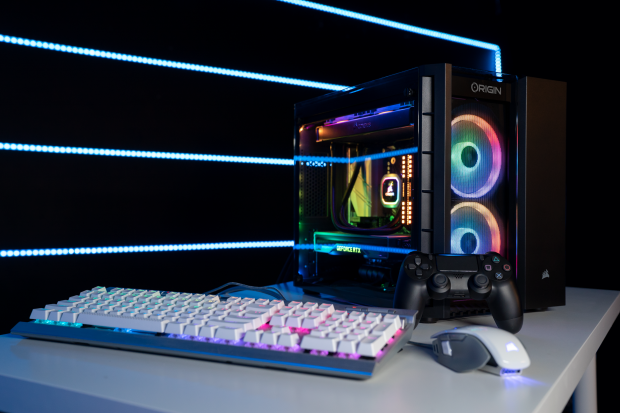 The Big O is pretty pricey, too. The stock barebones PS4 Pro model will set you back $2,573 with basic configurations. That doesn't include any high-end GPU tech, RAM, improved cooling, etc--just the default SKU.

Liquid Cooled: Both the PC's CPU and the console of your choice are liquid-cooled using CORSAIR all-in-one liquid coolers, for optimal performance, lower temperatures, and low-noise operation.

Stream Console Gameplay to Your PC: An optional Elgato 4K60 Pro connected to the PC captures direct 4K gameplay from the console side, streaming gameplay footage to the PC or via HDMI out on the rear.

Multiple Tempered Glass Panels: Three tempered glass panels showcase the PC side of the system with optional HD UV printing available on the PC side panel.