We know the GeForce RTX 3060 is coming, and it's officially coming on February 25 -- but that hasn't stopped it from hitting the headlines over crypto mining, and now it's on sale for $1080 on second hand markets overseas... yeah. 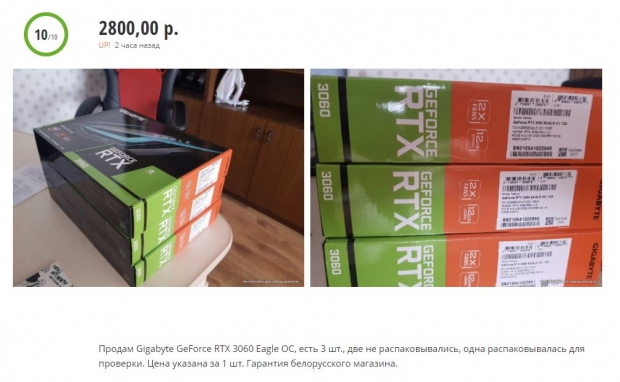 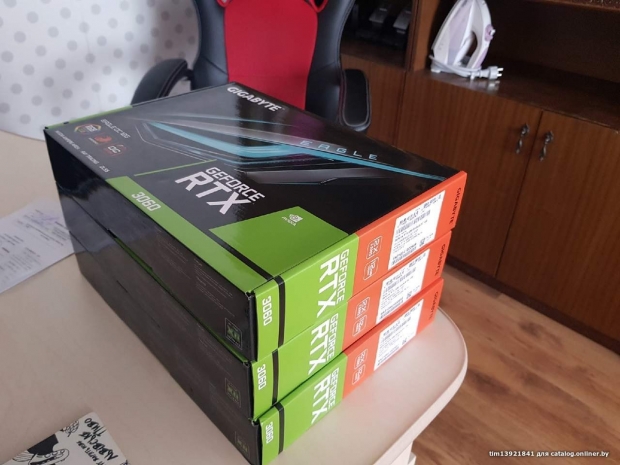 The person selling the GIGABYTE GeForce RTX 3060 EAGLE graphics cards is a person named Artem, with the person noting that one of the packages were opened to verify that the cards worked. If you want to buy the card and you live in the country and you're also a mad man (for paying $1080 for a GeForce RTX 3060) then check out Onliner here. 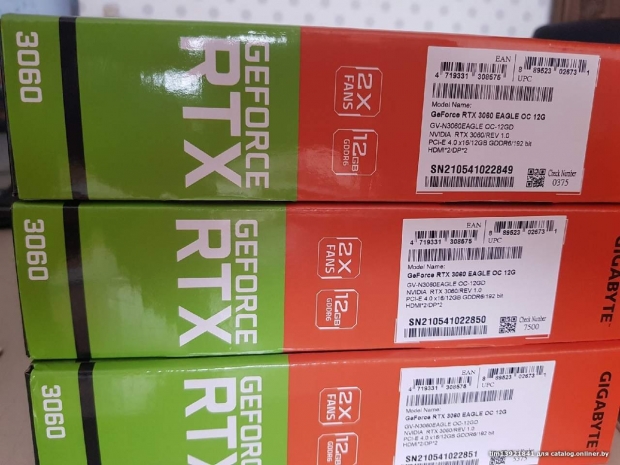