NVIDIA will be releasing its new GeForce RTX 3060 graphics card next week, and with it there will be a significant new driver release that destroys crypto mining performance by up to 50% on some algorithms. 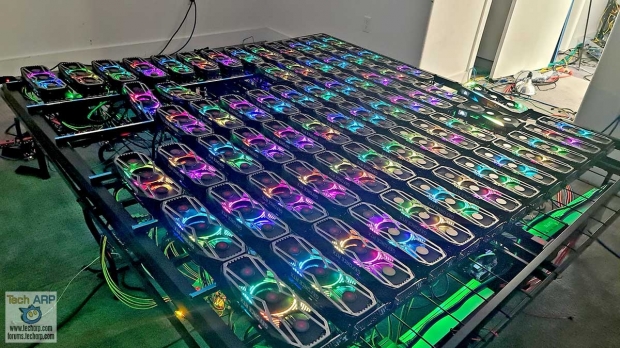 The upcoming release of the GeForce RTX 3060 would've been very popular for crypto miners, as it would offer a card that is the most power efficient Ampere offering yet -- and it won't cost as much as the higher-end GeForce RTX 3070 and RTX 3080 graphics cards.

But it seems NVIDIA will be discouraging crypto miners in a big way with new GeForce drivers coming that will automatically detect mining-specific algorithms, and then limit the hash rate performance by 50%. NVIDIA seems to make this specific about the GeForce RTX 3060, but I wonder how long it'll be until all GeForce graphics cards are gimped from mining.

Now I'm not advocating mining here, but it isn't nice that NVIDIA gets to tell you -- the consumer who has paid for the graphics card -- what you can, and can't do with your GPU. If you spend $300 or $1500 on a new graphics card you should be able to do whatever the hell you want with it, at maximum performance all the time... right?

I'm sure a hardware fix for this is coming... blocking the GPU from being used for crypto mining, and then the age of hardware modding graphics cards will begin, again.