The Nintendo Switch is on a roll. Not only did it break hardware sales records in the holiday Q3 period, but it shattered game purchases as well. 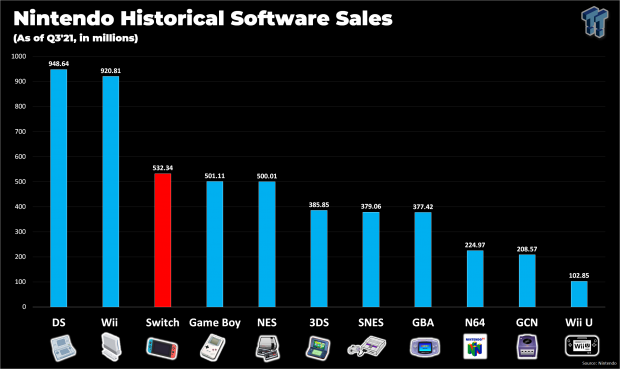 2020 was the best year in history for the Nintendo Switch. Hardware sales hit 24.1 million in 2020, bringing total unit sales to 79.87 million, which solidifies the Switch as the 5th best-selling Nintendo hardware of all time.

Software broke new grounds, too. In holiday 2020, the Switch sold an astronomical 75.85 million games--more than it's ever sold before in a single quarter. Total Switch game sales are now at 532.34 million since the system's launch in 2017. The Switch is now #3 in game sales, and sits behind the Wii's massive 920 million and the DS' huge 948.64 million software sales. 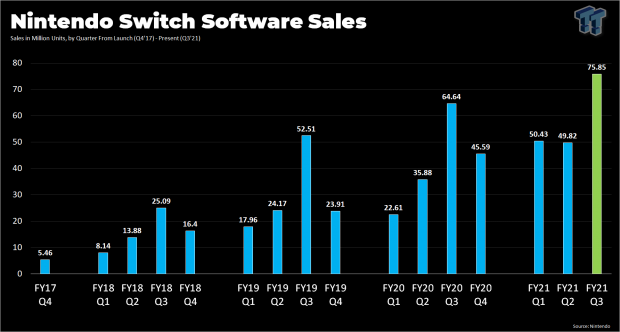 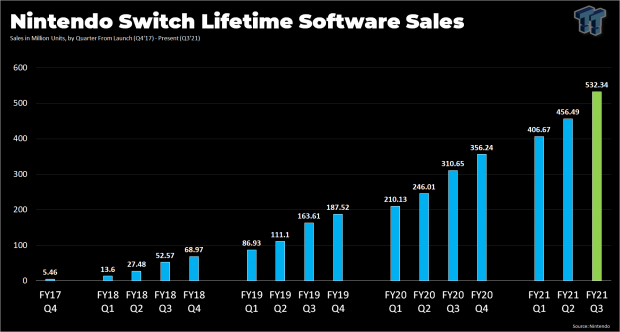