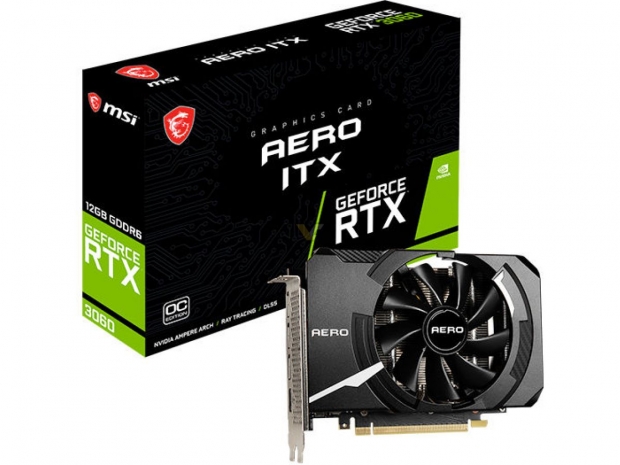 We don't know what GPU clocks to expect, but we know it'll be reference GPU clocks at the very least with some factory overclocking considering it's an 'OC' model. The new MSI GeForce RTX 3060 12GB AERO ITX OC has a single-fan and comes in super-small Mini-ITX form.