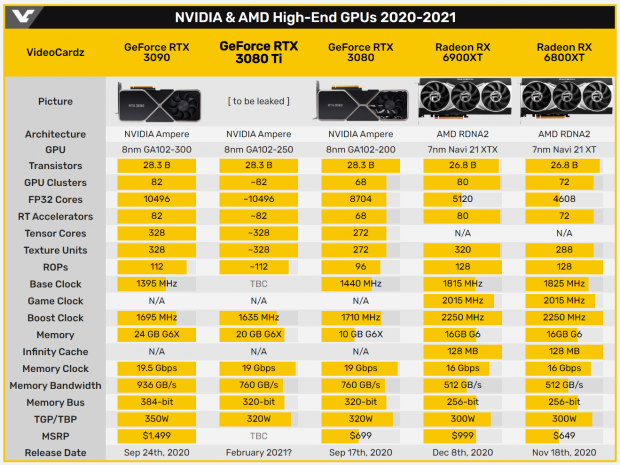 The latest rumblings on NVIDIA's upcoming GeForce RTX 3080 Ti is that it will be launching after Chines New Year -- which takes place between February 11-17, 2021. The news is coming from Igor's Lab, with his new story being confirmed by multiple sources right through to suppliers.

Igor says that all of the GeForce RTX 3080 Ti boards "already exist" and that "switching to the GeForce RTX 3090 boards that can be equipped with memory on both sides is a mere formality for the board partners. After all, even the matching coolers and backplates are only for further use. So NVIDIA has all the time in the world to sort out its own current delivery problems first. That, in turn, remains to be hoped for".