Qualcomm has just announced its second-gen 3D Sonic Sensor Gen 2 technology, with it being the next big leap in their ultrasonic fingerprint sensor technology. 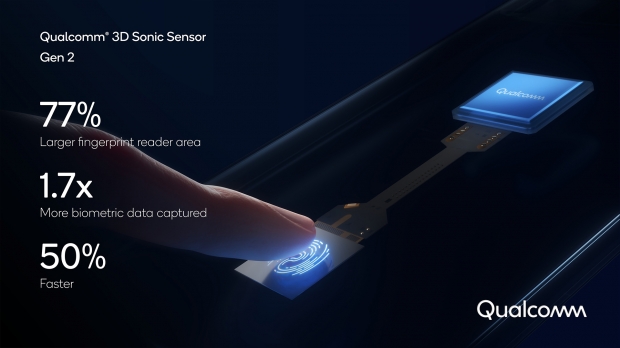 Qualcomm's new 3D Sonic Sensor Gen 2 is also thinner, at just 0.2mm (0.008-inch) thick which is perfect for edge-to-edge flexible OLED displays inside of foldable smartphones. Better yet, the new technology will also be better at recognizing your fingerprints when they're wet -- which we all know can be annoying at times on current fingerprint sensors.

The new Qualcomm 3D Sonic Sensor Gen 2 ultrasonic fingerprint sensor technology will be in new smartphones throughout 2021, and it could all start with Samsung's soon-to-be-unveiled Galaxy S21 family of smartphones.