People Can Fly, the devs behind Bullestorm, are working on a new third-person sci-fi shooter called Outriders. Originally planned to release next month, Outriders has been delayed to April 2021. 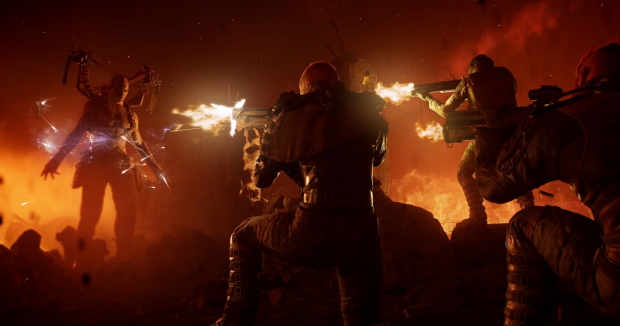 The new shoot-and-loot co-op game Outriders has been delayed to April 1, 2021, the game developers today revealed. This marks the second delay for the game (first from December 2020 to February 2021, and now February 2021 to April 2021), which is becoming more normalized as developers work entirely from home.

Instead of a final release, People Can Fly will launch a free playable three-hour demo for Outriders on February 25, 2021 so gamers can try it out before they buy. This could go two ways for Square Enix. Publishers like EA have learned the hard way not to release too many game demos (Andromeda's demo practically killed the release), and the early consensus from trailer comments is that Outriders looks fairly generic and uninspired. 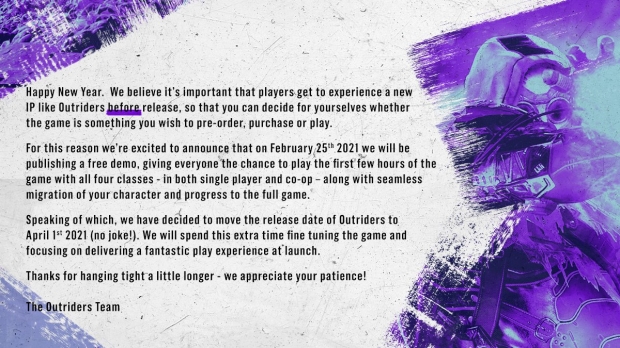 Then again, People Can Fly might have an ace up their sleeve. The original reveal trailer was captivating and showed a dark sci-fi universe replete with interesting storylines and mysterious powers. If that narrative is enough to carry the regularized shoot-and-loot gameplay then the game could stand a chance.

There's lots of competition on the market though, and I think something like Outriders will live or die based on its co-op playerbase. If it's not good, then people won't play, and we may have another Anthem situation on our hands (despite the fact that Outriders technically isn't a live service game). 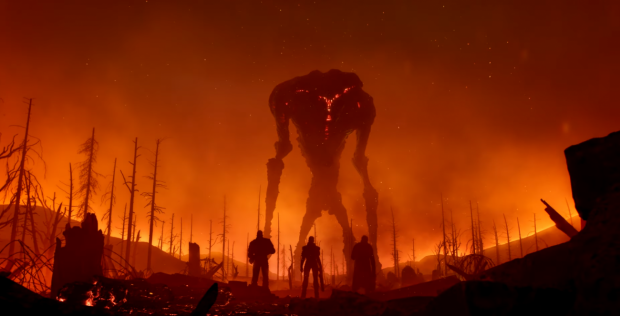 Also remember Outriders has cross-play so gamers can play across PC, consoles, and Stadia without any issues.

Outriders will now release on April 1, 2021 on PS4, Xbox One, PC, and Stadia. A next-gen PS5 and Xbox Series X version will be offered too.