Square Enix is pushing into the most lucrative and consumer-friendly business practices as it readies next-gen titles. 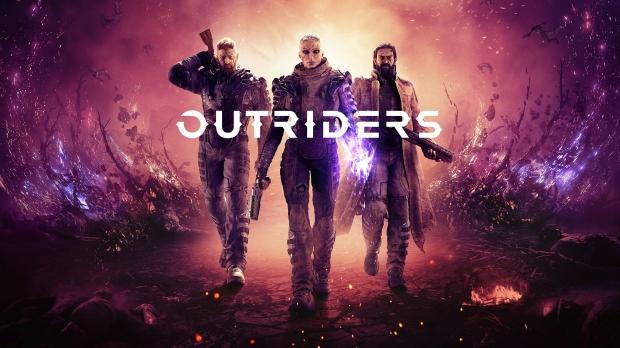 Today Square Enix confirmed Outriders, the explosive new multiplayer sci-fi shooter from Bulletstorm developer People Can Fly, has been delayed to February 2021. The news comes with a welcome surprise though: The game will have full cross-play between all platforms, including PS4, Xbox One, PC, Stadia, PS5 and Xbox Series X. The game is also getting free next-gen upgrades, and anyone who buys Outriders on PS4 and Xbox One will get enhancements on PS5 and Xbox Series X/S at no cost.

Outriders is now the second Square Enix game to support cross-play and free next-gen upgrades (the first was Marvel's Avengers). The difference here is that Outriders isn't a live service game. It has online drop-in, drop-out co-op but it's not monetized with microtransactions--unlike Avengers, which has tons of cosmetic mTX.

Why is this important?

It shows Square Enix wants to pivot towards gaming's most powerful new trends. Cross-play represents the single biggest innovation for digital online games in modern gaming. Widening the available player pool means more people will play for longer, which maximizes engagement. This benefits monetized live games the most, however, and typically those with expansive playerbases.

Even still it's a good move for Square Enix and we should see this transition into its other big games in the future.

It's unlikely the new Final Fantasy XVI will have multiplayer, and the exclusivity deal with Sony will get in the way of cross-play. But for big games like, say, the new Guardians of the Galaxy game in development at Eidos Montreal, cross-play should be in.

Outriders will launch on February 2, 2021 for PS4, Xbox One, PC and Stadia, as well as a separate SKU on PS5 and Xbox Series X/S consoles.

"We're very happy to announce that we can offer full cross-play support and a free next-gen upgrade plan for OUTRIDERS players. The great thing about this system is that even if you're not picking up your PS5 or XSX quite yet, we've got you covered and there's no need to wait. If you buy the current-gen version of OUTRIDERS, we'll give you the next-gen version for free,"said Jon Brooke, Co-Head of Studio at Square Enix External Studios.

"We're taking a little bit longer to ensure players have the best possible experience with OUTRIDERS, we're also including new features like Cross-Play which will make our game much more accessible on all platforms," added Lee Singleton, Co-Head of Studio at Square Enix External Studios.