Mobile gaming continues its dominance over the industry with nearly $80 billion earned in 2020 alone. 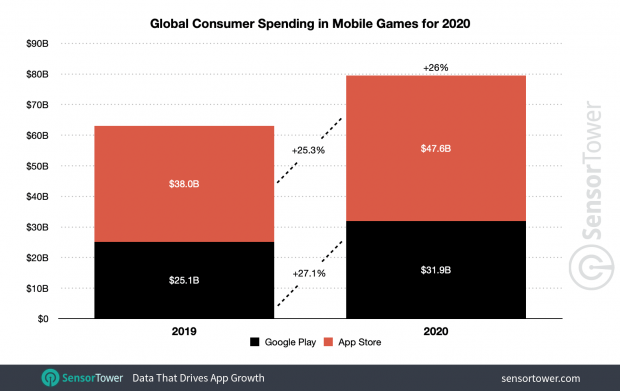 Mobile gaming generated an incredible $79.5 billion in 2020, a new all-time historic record for the market. A new report from analyst firm Sensor Tower highlights the sizable spike in earnings, which were up 26% year-over-year. As Epic Games noted in its recent antitrust case against Apple, App Store users spend significantly more on games than Android users; gamers spent $47.6 billion on games via the App Store, and Android gamers spent $31.9 billion on Google Play monetization and pay-to-play mobile titles.

As previously reported, PUGB Mobile dominated the charts with $2.6 billion in worldwide earnings. Tencent's Arena of Valor/Honor of Kings took the top spot on the iOS platform and pulled in 47% more revenues, or $2.5 billion, in 2020.

Sensor Tower notes that total mobile app revenues hit a new high of $111 billion, of which mobile gaming made up 71%. The lion's share of these earnings are from in-game microtransactions in free-to-play titles available worldwide. 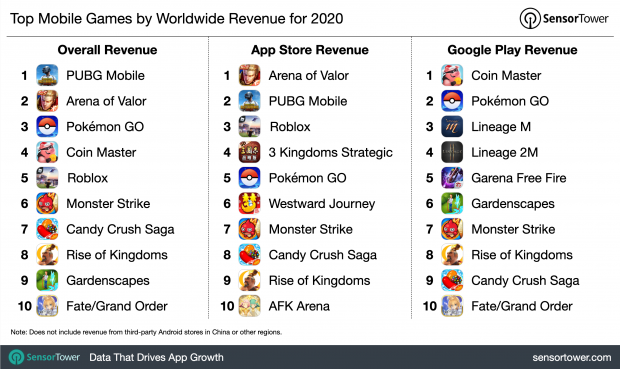