Oculus released the launch trailer for the Quest exclusive Jurassic World Aftermath, and it looks like this is a title that fans of the Jurassic Park series won't want to miss. This cell-shaded VR adventure looks like a thrilling experience.

Jurassic World Aftermath puts you right in the center of the abandoned park. You're on a mission to retrieve embryos from the research facility, and just like in the original Jurassic Park movie, you're going to need to outsmart a pack of velociraptors.

Jurassic World Aftermath is a fully immersive room-scale VR game built exclusively for the Oculus Quest platform. This is one of the titles listed on the back of the Quest 2 box, so we expect good things.

Oculus usually releases games at 10 AM PST, so check the Oculus Store at that time for the game. 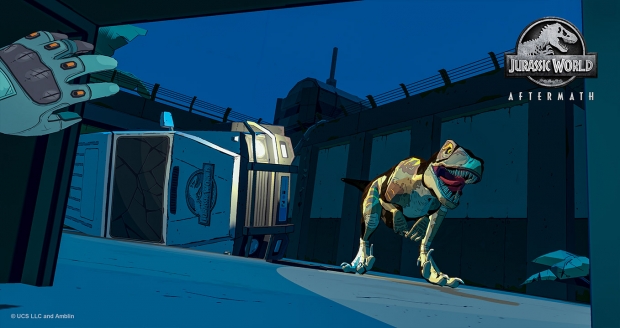