More people are playing Cyberpunk 2077 than any other paid game on Steam. 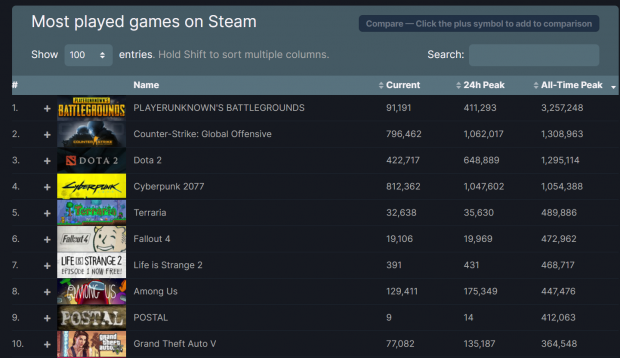 In fact, CDPR's new FPS has nearly 3x as many concurrent peak players as Grand Theft Auto V, and handily beats its nearest competitor, Terraria, by over 564,000 players. CDPR notes Cyberpunk 2077 has already generated $50 million in revenues on Steam, and the developer now gets to keep 80% of all sales earnings moving forward. 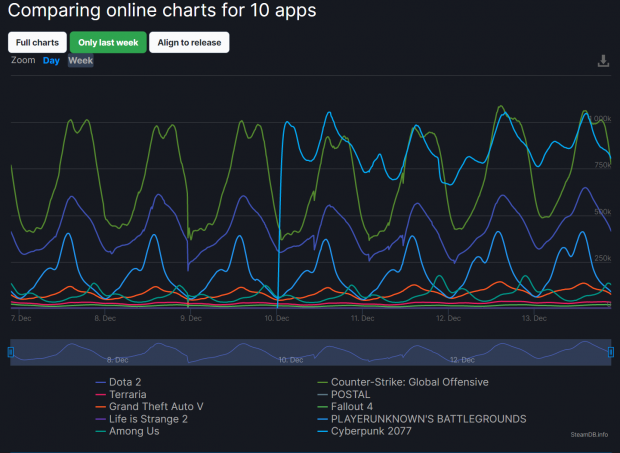 Cyberpunk 2077 just came out, but it's already smashing records.

The game sold 8 million pre-orders, over 8x as The Witcher 3, and was already profitable for CD Projekt RED before it released. It's monumentally popular on Steam, and rightly so: Everyone wants to play it on the superior platform.

Even with these impressive earnings and player counts, Cyberpunk 2077 remains one of the glitchiest and problematic game releases of the year. Many gamers are review-bombing it on Metacritic for its performance, and the game is getting lambasted for its console release.

Sony is even offering full refunds for the game on PS4, which is a rare move (Sony hardly ever offers refunds).

Cyberpunk 2077 has a Mostly Positive review rating on Steam, however, but this is to be expected given the game's tighter optimization on the platform.