As expected, Cyberpunk 2077 is already a huge success for CD Projekt RED. 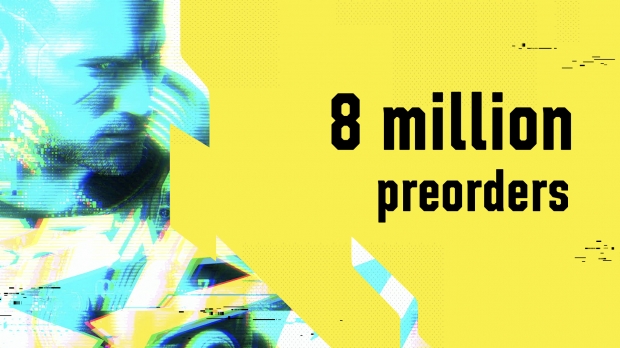 CDPR was reticent to share exact Cyberpunk 2077 pre-orders before the game was released. But now that the sci-fi FPS RPG is out, they're happy to share figures. Cyberpunk 2077 has amassed 8 million pre-orders on digital and physical platforms in the last two weeks, which is more than some games sell in their entire lifetimes. 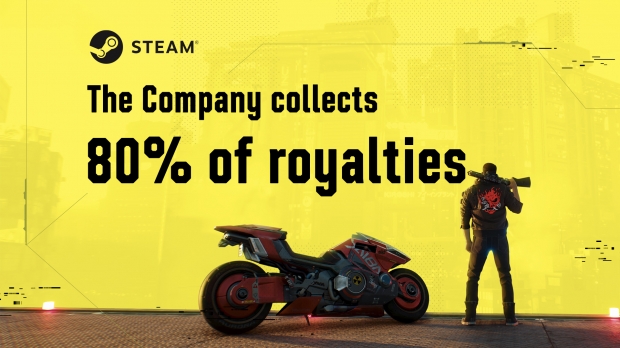 Cyberpunk 2077 is a big hit on Steam, too. The game has made over $50 million in revenues so far, meaning CD Projekt RED now gets to keep 80% of all game sales on Steam (versus the default 70-30 revenue split). This is great news for CDPR, who also enjoys 100% of all revenues from sales on their own GOG.com storefront.

Digital was a big driver for Cyberpunk 2077 pre-orders. 74% of all early purchases were made on digital platforms (again, this is great news for CDPR). PC remains the most popular pre-order platform as more PC gamers bought the game ahead of launch than console gamers--which isn't a surprise given the game's astronomical performance on NVIDIA's new RTX 30 series GPUs. 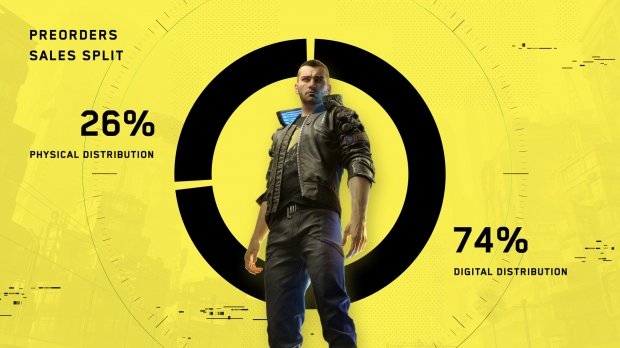 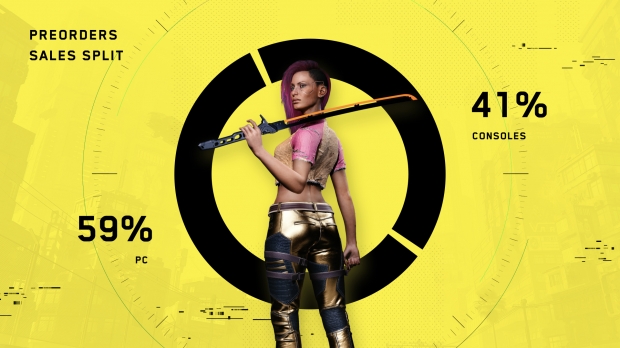