Halo Infinite isn't just another Halo game, but a platform for all future Halo games. It aims to be the definitive springboard for the franchise's future and deliver on Bungie's original vision. 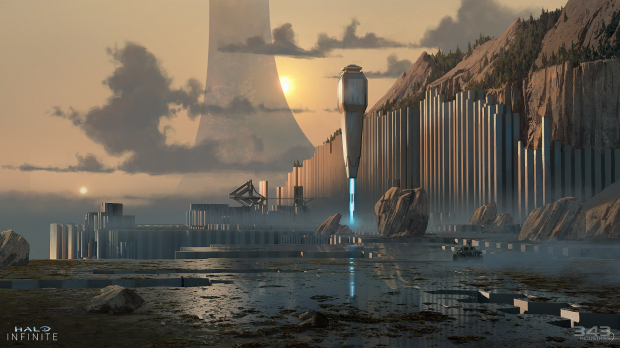 Shortly after Joe Staten joined the team, 343 Industries announced a Fall 2021 release date for Halo Infinite. The latest dev update highlights a ton of interesting details about Infinite, namely big graphical overhauls with the Slipspace engine. 343i apparently has made some huge improvements over the earlier gameplay footage and has used the delay time wisely.

The update is filled with lots of assurances from the studio. The general consensus is the July gameplay demo wasn't anywhere near finalized, and many key graphical and lighting effects were missing. Joe Staten also says the campaign is finished--or at least finished enough to play through--and that it's the culmination of Bungie's original vision way back in 2000.

"Visual fidelity is a very important goal for Halo Infinite, and the graphics and art teams have been continually aspiring, and working closely with each other, to create the best-looking Halo game ever," said Ani Shastry, 343i development manager for Halo's graphics team.

"On the graphics technology front we have made improvements along with fixing bugs that were inherent to some of the techniques, as well as iterating and polishing the features that were still in development."

Key improvement areas that 343i promises are getting worked on: 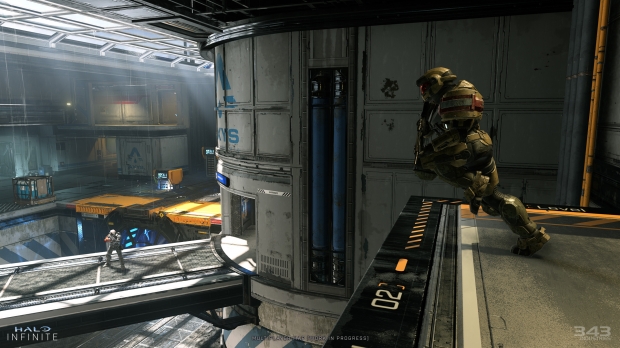 "Some of the key areas of progress include better quality of global illumination, ambient occlusion, shadows, volumetric lighting, sky, and atmosphere. We have also addressed issues with our GPU-driven rendering and texture streaming solution that should mitigate the LOD popping and texture quality issues that were prevalent in the July demo," Shashtry said.

Here's what Joe Staten said about Infinite's campaign. Staten was part of Bungie's original 7 and helped build the Halo franchise, so his words have particular weight.

My first week on the job, I played the entire Infinite campaign. Twice. I was, in a word, stunned-in the best possible way-by what the team had done. Infinite is, by far, the most expansive and vertical Halo world, ever. Why did the team do this? Because they understand that wonder and freedom are key to the Halo experience.

I could feel the classic Halo "30 seconds of fun" beating at the heart of Infinite's world. But I had never felt more powerful, more mobile, more in command of a rich set of tactical choices. This was the Halo we imagined back in 2000, finally come to life, after 20 years of technical and creative innovation.