After a month of delays, VR Cover has finally opened sales for its highly anticipated Oculus Quest 2 cushion replacement system. If you order one now, you should have it in time for the holidays. 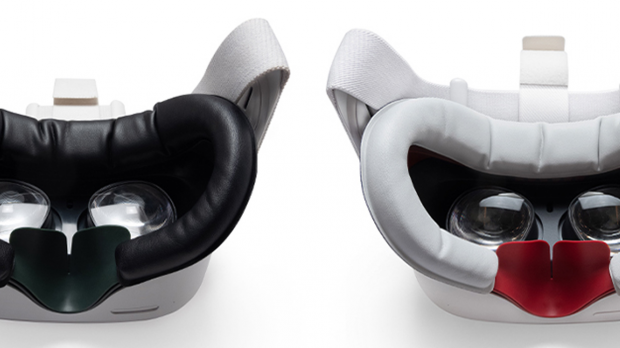 VR Cover is calling the Facial Interface & Foam Replacement for Quest 2 its most exciting product yet. We're not sure how to quantify that, but we're sure it will sell like crazy. VR Cover has been around for longer than consumer VR headsets and it's easily the top name in sanitary VR upgrades. VR Cover's recognition, combined with its official partnership with Oculus, should entice many people to upgrade their Quest 2 headset.

As the name suggests, the VR Cover Facial Interface & Foam Replacement for Quest 2 is an aftermarket replacement for the factory cushion interface. The Quest 2 doesn't have a Velcro-attached cushion; it has a removable plastic bracket, not unlike that of the Rift, with a glued-on cushion. As such, the VR Cover replacement includes the whole plastic bracket interface. VR Cover's solution adds a Velcro layer that allows you to swap cushions as needed.

VR Cover is offering two versions of its Quest 2 upgrade kit. The standard version features an all-black construction, including the plastic facial interface, the silicone nose gasket, and the PU leather cushion, of which there are two; a "standard" thin one and a "comfort" thick one.

You can also opt for the Winter Edition, which features a light grey cushion and a red silicon nose cover.