2018's Norse-themed God of War will hit 60FPS on PS5, complete with fast loading thanks to the console's powerful 12-channel PCIe 4.0 SSD. 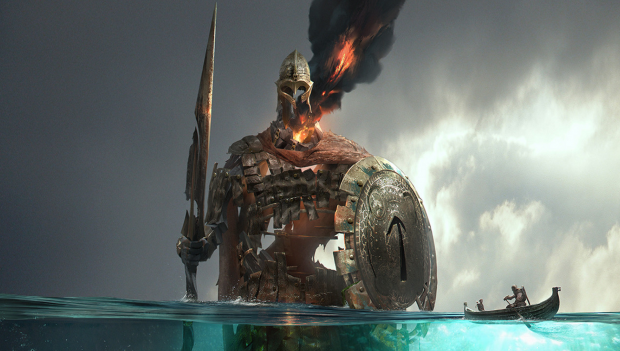 Sony's first-party studios are starting to detail how their games will be boosted on PS5. The next-gen PlayStation will play nearly every single PS4 game at launch and many of them will be significantly boosted past PS4 levels. God of War will be one such game, and the devs confirm Kratos' icy quest will hit a buttery smooth 60FPS thanks to a new in-game performance mode.

Considering God of War already hits 4K 30FPS on the PS4 Pro (well, more like native 1440p 30FPS with upscaling), it's implied the game can run at 4K 60FPS on the PS5. There's been no real clarification on this, though, and we should expect the game to hit 1080p 60FPS at the very least.

Like all games running on the PS5, God of War will take advantage of the console's new SSD tech to supercharge loading screens. Some current-gen games like The Last of Us: Remastered have been patched to significantly improve loading times on HDDs. This optimization will be pushed even farther on SSDs.

Sony Santa Monica also confirmed God of War will support cross-saves between PS4 and PS5...but that should've always been the case. It's possible the saves must be converted to a newer version once God of War is updated to run on the PS5.

God of War is currently only $10 on Amazon right now...so if you plan on picking up a PS5 and haven't played it yet, be sure to pick up a copy.

The developers are currently working on God of War 2: Ragnarok, which is slated to release 2021 on the PlayStation 5.