FitXR, formerly known as BoxVR, is finally making changes to the core game to pair with its recent name change. The game will soon get dance routines as an alternative workout choice. 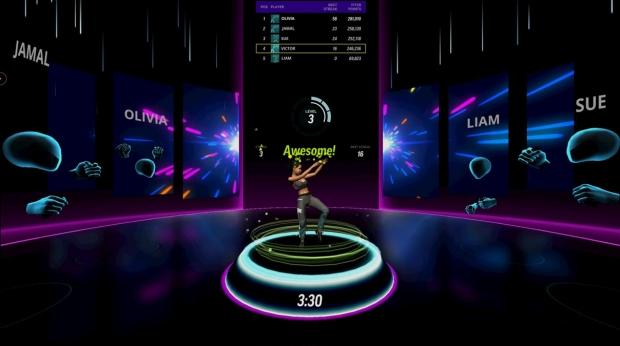 FitXR is one of the top fitness games for Oculus Quest. It started life as BoxVR, which was a workout game based on boxing moves. The game works like Beat Saber, with floating markers coming at you synchronized to a soundtrack. But unlike Beat Saber, where you don a pair or lightsabers and chop boxes to the beat, you use your fist to punch the beat. Recently, the developer changed the name of the game to FitXR to expand into new workout types.

Today, FitXR revealed the first new workout type that's in the works. Soon, the game will offer dance routines as an alternative to get those calories burned. The developer didn't reveal many details, but a short trailer clip shows that these new workouts will require more space. The boxing workouts don't do much for your legs other than a few squats, but it looks like the dancing routines will get those legs moving.

The FitXR dancing update is set to launch on November 5 as a free update to the existing game.