PS4 and Xbox One gamers who buy Crystal Dynamics' new Avengers game will get the next-gen version for free, the devs recently confirmed. 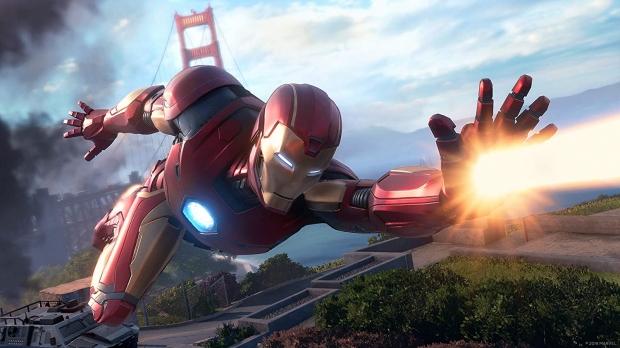 Square Enix is taking a friction-less and more streamlined route with next-gen upgrades. The new Avengers live game is getting two different versions: One for PS4 and Xbox One, and one for PS5 and Xbox Series X. Anyone who buys the game for current-gen systems also gets a free copy of the PS5 and Xbox Series X version too. This initiative also lets gamers easily transfer their saves between consoles, and cross-gen support ensures a wider pool of players

The devs at Crystal Dynamics promise Avengers will be massively enhanced on next-gen systems. The game aims to push the PlayStation 5's hardware to its limits, including the ultra-fast PCIe 4.0 SSD with its 5.5GB/sec data transfer rates. Avengers is also continuing the awesome trend of performance vs resolution modes--similar to the new Demon's Souls remake, Avengers has two separate settings that prioritize frame rates or higher resolution. The high frame rate option targets 60FPS with dynamic resolution scaling.

"When we received our first few kits, I rushed to put an engineering team on the task of creating a PS5 version of Marvel's Avengers as quickly as possible. I wanted to push Foundation, our proprietary game engine, to its limits on PS5 and see what it could do," said Crystal Dynamics' chief technology officer Gary Snethen.

"PS5 greatly lifts the performance and graphics bar for consoles. The new GPU allows us to increase our texture resolution, push a higher level of detail farther from the player, enhance our ambient occlusion, improve our anisotropic filtering and add a variety of new graphics features such as stochastic screen-space reflections with contact-aware sharpening."

Marvel's Avengers has the following optimizations on PlayStation 5 and Xbox Series X:

Marvel's Avengers is out September 4, 2020 on PlayStation 4, Xbox One, and PC. It'll be coming to PS5 and Xbox Series X too, and is backwards compatible on both platforms.