Virtuix, the leader in omnidirectional treadmills for VR entertainment, announced its return to the consumer market with the Omni One, a newly designed Omni for home use. 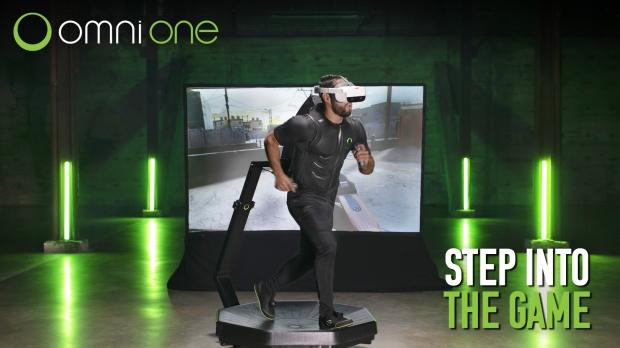 Virtuix has been around for many years, but it doesn't currently cater to the consumer VR market. The company manufactures the Omni Pro omnidirectional treadmills, which it sells to the VR arcade market. Next year, Virtuix will turn its eyes to the home entertainment market with the Omni One launch, a lighter, more compact omnidirectional treadmill, complete standalone VR headset in the box.

"Omni One is like nothing else out there - it's a breakthrough in omnidirectional treadmill technology," said Jan Goetgeluk, founder and CEO of Virtuix. "Compared to Omni Pro, Omni One no longer has a support ring. So, it gives users unrestricted freedom of movement, including crouching, squatting, backing up, and even jumping. You essentially become one with the machine."

If you're unfamiliar, an omnidirectional treadmill is a device that allows you to run or walk inside a video game. The system secures you so you can walk or run in place with trackers that translate your movement into a game. The new Omni One takes it even further and allows you to couch, kneel or jump in the game.

Like Omni Pro, Omni One features a harness that holds the player in place while allowing the freedom to spin around in 360-degrees. The old system had a climbing harness attached to a ring that you stood inside. The new harness is full vest attached to an articulating arm that holds you in place. It also allows you to move up and down with minimal resistance, but it offers support so you won't fall on your face.

"We've built a large and fanatical player community, and our players kept asking us, 'When can I get this for my home? Where can I buy this?' This pent-up demand from our fans is what prompted us, last year, to start working on a home product," said Goetgeluk. "Given our success in the out-of-home market, we're uniquely positioned to bring our popular full-body VR experience to millions of homes around the world."

Virtuix plans to offer the Omni One in two variants. The standard Omni One will be sold as a complete VR solution, You won't need a computer, and you won't need to own a VR headset already. The Omni One includes a standalone VR headset in the box. Virtuix said there would be at least 30 games on its marketplace at launch. 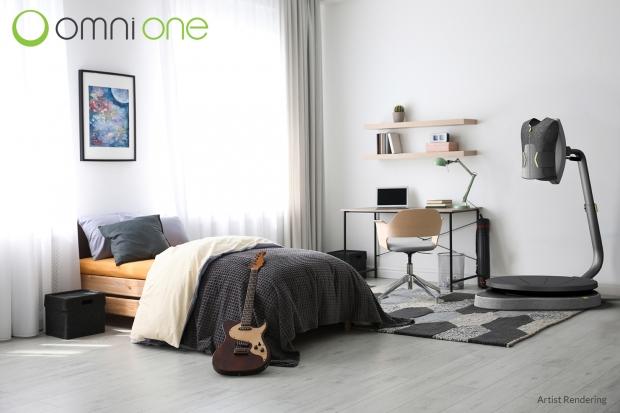 The promotional materials depict a Pico Neo 2 headset, but the press release did not mention the brand of the device. We spoke with Mr. Goetgeluk ahead of the announcement, and he informed us that Virtuix has not yet made a final decision about the headset. The company is planning to launch Omni One in the second half of 2021, by which time there could be a handful of new devices on the market. Virtuix is keeping its options open.

Virtual said the full version of the Omni One with the bundled headset would sell for $1995. You can also finance the purchase for $55 per month. Virtuix will also sell a developer kit version for $995, which doesn't include a bundled headset.