Watch Dogs Legion is just over a month away from release, with Ubisoft now detailing what you'll need to run the game on your PC. Check out the PC requirements: 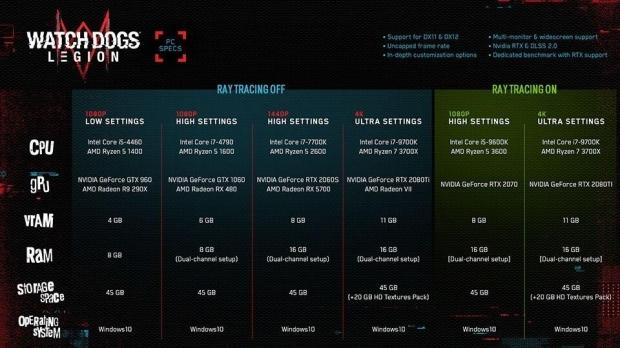 You don't need much to get the game running at 1080p on Low or High settings, with an Intel Core i5-4460 or AMD Ryzen 5 1400 processor required at a minimum -- alongside 8GB of RAM and 45GB of storage space. Ubisoft recommends an NVIDIA GeForce 960 or AMD Radeon R9 290X at a minimum when it comes to graphics. 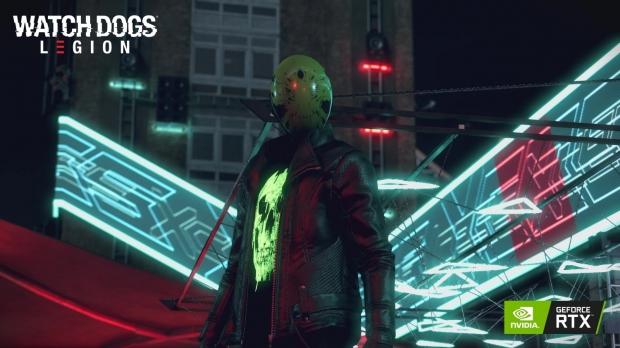 If you want to run 4K Ultra settings then you're going to need an even faster Intel Core i7-9700K or AMD Ryzen 7 3700X processor, while GPU requirements boost right up into the NVIDIA GeForce RTX 2080 Ti or AMD Radeon VII.

If you want to enable that gorgeous RTX ray tracing goodness in Watch Dogs Legion, then you're going to need an Intel Core i5-9600K or AMD Ryzen 5 3600 at a minimum for 1080p High settings, while requiring an NVIDIA GeForce RTX 2070. 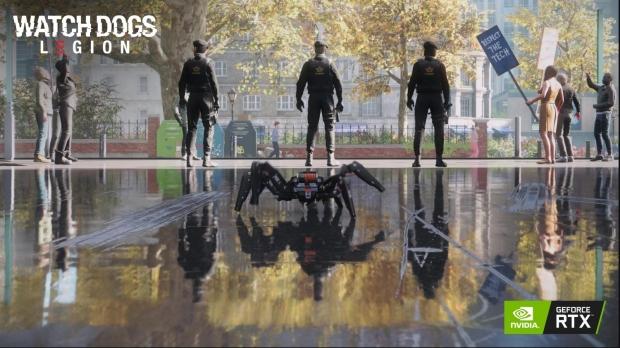 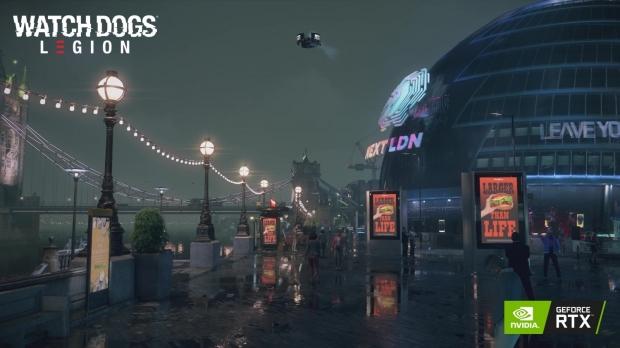 However, if you want to run it completely maxed out -- 4K Ultra settings with ray tracing enabled, then Ubisoft is asking for an Intel Core i7-9700K or AMD Ryzen 7 3700X, while the GPU required is an NVIDIA GeForce RTX 2080 Ti.

I'm sure all of this is going to change in the coming weeks as NVIDIA launches its Ampere-based GeForce RTX 30 series.