The RealMax Qian augmented reality headset is looking even more impressive now that we know the device's specifications. Not only does it boast a wider field of view than other AR headsets, but it can also convert into a VR device with SteamVR support. 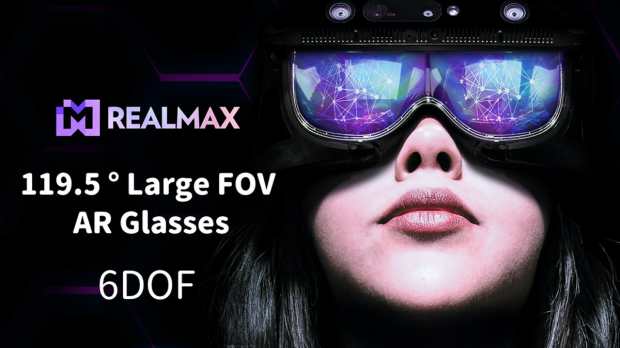 Last week we discovered a video of the RealMax Qian AR headset that showed the headset's 119-degree wide field of view display in action. Today, RealMax revealed the device's general specifications, and now we're even more intrigued about this headset.

RealMax said the Qian would be powered by a Snapdragon 835, would include 4GB of memory and would offer 64GB of storage space, which are the same specifications as the Oculus Quest VR headset. Snapdragon 835 isn't the most recent Qualcomm hardware, but it should handle an AR headset with ease if it can power the Quest. Although the headset also doubles as a VR headset by slipping on a magnetic faceplate, we expect to see comparable VR performance from RealMax's headset.

The RealMax Qian uses a 9-axis IMU sensor combined with three built-in cameras to deliver 6-degrees of freedom tracking. The headset comes bundled with a 3-degrees of freedom controller. It also supports third-party devices such as UltraLeap's Leap Motion for hand tracking or the Nolo 6-DoF controller system, which would give you two fully tracked wands for two-handed experiences.

RealMax Quian is built on an open-source platform, which should make it viable for businesses to create custom software for the headset. RealMax also offers a content store of AR apps, and the Qian can run SteamVR games via Wi-Fi streaming.

The RealMax Qian is not yet available, but the company is about the launch a Kickstarter to bring the device to market. The campaign is scheduled to start on Tuesday, September 15. Just one day before Facebook Connect, where we expect to learn about a new Quest headset.