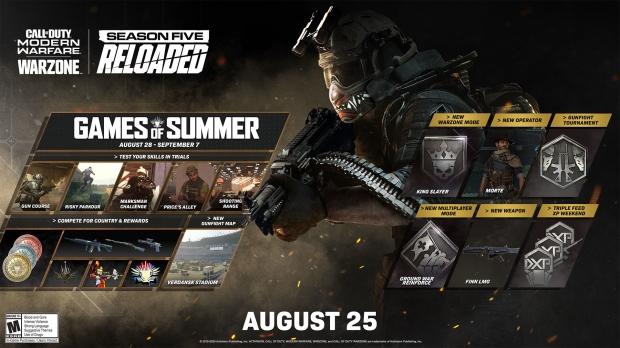 Season 5 Reloaded continues to 'explosive arrival' of Shadow Company to Verdansk, with the new Games of Summer introducing challenges to all Operators and their skills. The Season Five Reloaded patch drops on August 24 @ 11PM PT -- with the Games of Summer beginning on August 28.

You can read all about the new Season Five Reloaded update and Games of Summer for Call of Duty: Modern Warfare and Warzone on the official Call of Duty blog.

We have new trials, new weapons, a new Gunfight map, a new Warzone mode called King Slayer, a new operator called Morte, and so much more. I can't wait to jump in and check it out.