Saber Interactive has 15 new projects in the works across its multitude of work-for-hire and internal dev teams, THQ Nordic confirms. 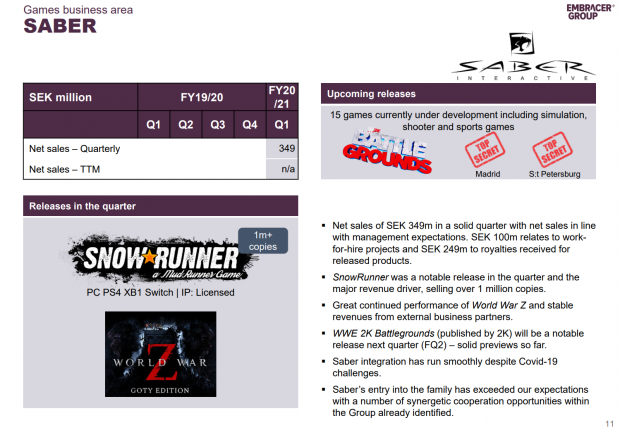 The Embracer Group (THQ Nordic) reveals that its Saber Interactive branch is working on more than a dozen new projects. Saber, which has now become a label that oversees the newly-acquired Metro developer 4A Games, is developing 15 new games. One of these games is a new Metro title with online multiplayer, which Saber is co-developing with 4A Games and will utilize the World War Z online live service framework.

The company's financials confirm Saber's Madrid and St. Petersburg studios are both working on new games--the latter of which is the native land of Metro writer Dmitry Glukhovsky, who is also helping write the next Metro title. 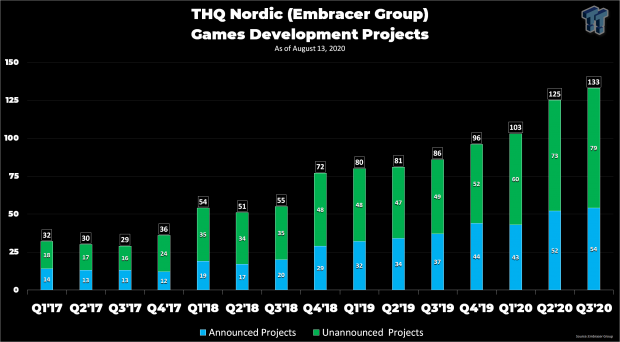 Saber Interactive currently has 8 internal development teams and employs 970 people, which includes both game developers and non-dev personnel. Saber is already materially contributing to Embracer's quarterly earnings, and made up 22% of Q2'20 earnings, or 349 million SEK. Embracer plans to use Saber's huge online infrastructures to power new games.

Right now Embracer currently has 133 projects in development, and 73 of them are unannounced games. Saber is working in tandem with other wholly-owned subsidiaries like Deep Silver, Coffee Stain, Amplifier Game Invest, and THQ Nordic on a plethora of new games.

With the new 8-studio acquisition buyout, which includes 4A Games and a handful of other studios, Embracer now has 190 IPs at its command. 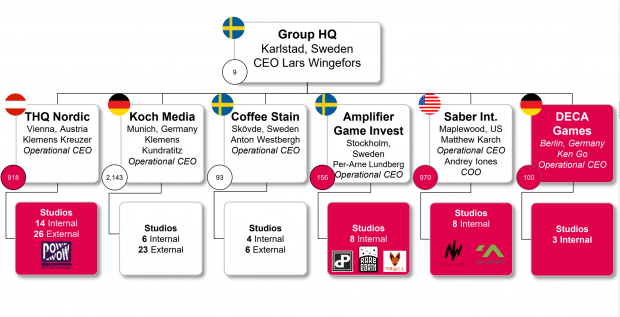