4A Games was just purchased by THQ Nordic, and now confirms their next-gen Metro game will have online multiplayer. 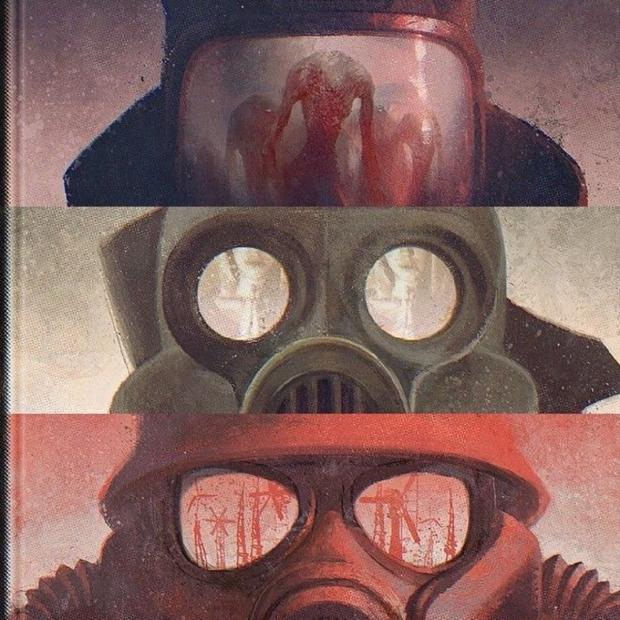 Today 4A Games was folded into THQ Nordic's massive stable of developers. The Metro dev will still technically remain independent, but it'll now serve under World War Z developer Saber Interactive. Both 4A Games and Saber are co-developing the next Metro game, which will have online multiplayer that utilizes the same live framework that powers World War Z.

4A Games CEO Dean Sharpe confirms the next-gen Metro game on PS5 and Xbox Series X will have multiplayer. 4A Games is also working on a new IP, but will still continue working with Dmitry Glukhovsky on new Metro games.

"One of the things that makes this opportunity so exciting for us is that for a long time we wanted to do a really immersive and ambitious multiplayer component to Metro, which has been elusive to us up until this point," Sharpe said in the earnings broadcast.

"I think that now that we have the backing and the resources of somebody like Saber that has the technology and also the know-how, I think we're going to be able to do something really, really amazing."

Sharpe also confirmed the news in a press release:

"Embracer Group and Saber Interactive are the perfect partners for 4A Games and for our next phase of growth. Together we will continue to build on the Metro franchise and will focus on bringing a multiplayer experience to our fanbase. We look forward to building a new and even more ambitious AAA IP in the near future," Sharpe said.

THQ Nordic (aka the Embracer Group) says 4A Games will lend its powerful FPS games engine to other studios, including Saber Interactive, not unlike DICE's unified Frostbite engine that powers most of EA's new games.

"Within the Embracer Group, 4A Games will operate as an independent studio under Saber Interactive. 4A Games will significantly strengthen Saber's development capabilities in Ukraine and are currently collaborating on an entirely new project that combines the AAA production values of 4A Games, combined engine and technology know-how and Saber's experience on multiplayer and live operations.

"4A Games has also initiated development on a brand new AAA IP that leverages its decade of experience on developing the Metro series."

These are big moves from one of the best-known FPS-makers in the industry, and THQ Nordic has solidified its massive in-development catalog with even more value. The company currently has 118 games in development (more now with the recent acquisitions). 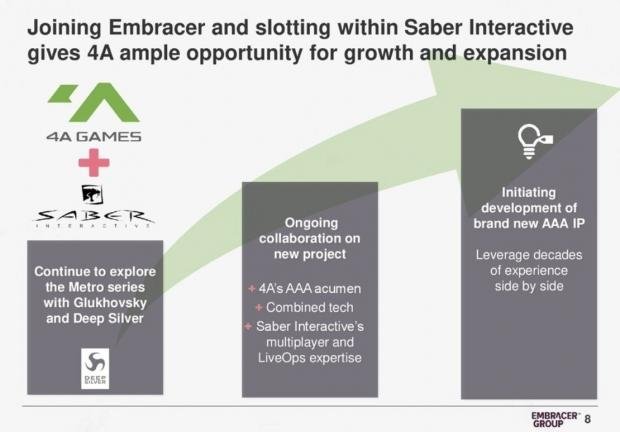