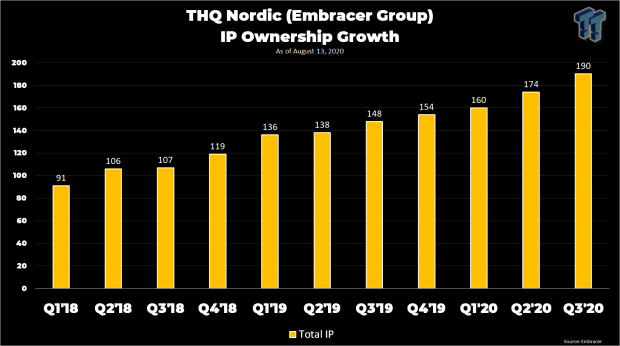 In its recent earnings reports, THQ Nordic outlined its astronomical pool of IPs that it currently has as its disposal. Right now THQ Nordic owns a treasure trove of 190 IPs across a fleet of franchises, but the company is careful to say not all of these IPs will get new games. The more relevant IPs will power the massive 133 game development pipeline that Embracer is currently working on.

This IP count increased by 16 franchises after the company's recent acquisition spree, which saw THQ Nordic buying up 8 new studios including Metro developer 4A Games. 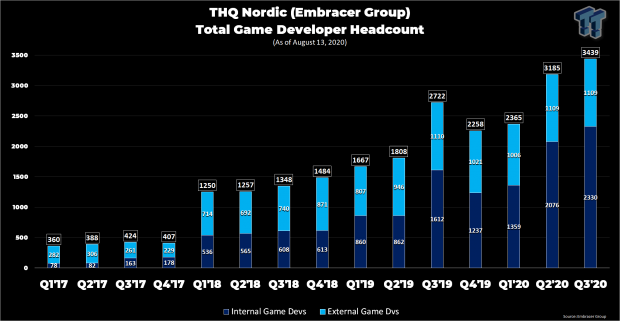 These developers are spread across nearly 100 studios. The Embracer Group (formerly THQ Nordic) has 98 game development studios total, 55 of which are internal and are a mix of independent and wholly-owned subsidiaries, and 43 external development teams that assist in key projects. 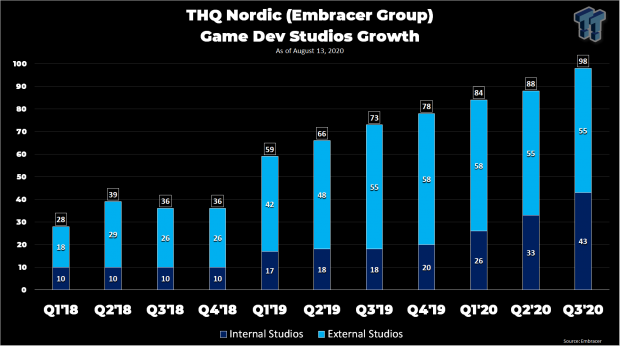 Embracer has raised its investment into games development to an all-time high of SEK 457 million ($52.58 million), up 33% from Q2'19, and expects some of these projects to start delivering material revenues throughout the year.$

Armed with this team size, this wealth of IPs, and a pipeline of games, Embracer is well-positioned for years of growth and sales. The company just forecast record completed games earnings for 2020, and expects new projects to make an all-time high of 1.4 billion SEK ($161.01 million) this year.

We predicted this could indicate multiple big games releasing this year, possibly even Saints Row V and Dead Island 2 in 2020.