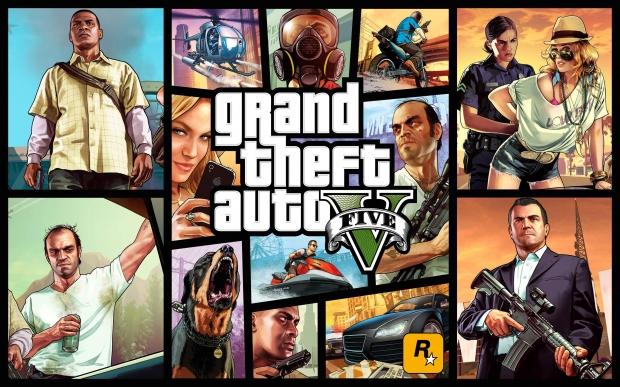 According to Take-Two Interactive's latest Q1'21 earnings, GTA V has sold-in 135 million copies on all platforms, up 5 million units from last quarter. GTA V also had a strong impact on the company's mighty $915 million in quarterly earnings, contributing to both sales and digital monetization via GTA Online. 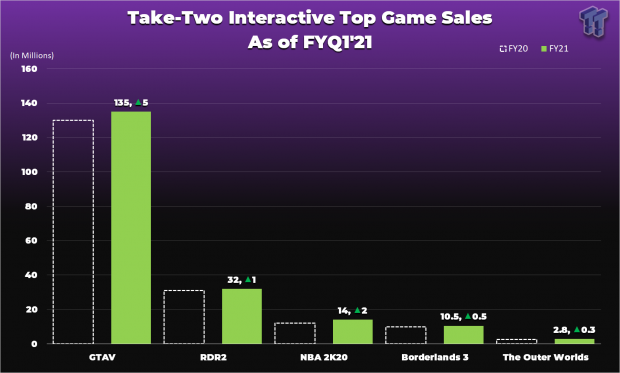 This sales dominance comes weeks after the recent Epic Games promo, where GTA V was offered for free on the platform. According to Take-Two CEO Strauss Zelnick, this publicity stunt actually sparked full game sales across the board.

"The partnership with the Epic Games Store, where Grand Theft Auto V was offered for free for a full week in May, was a contributing factor in the game's strong performance, and did not come at the expense of paid sales of the title.

Based on GTA V's already-strong performance in Q1, and the upcoming pipeline of content Rockstar has planned for the rest of the year, Take-Two expects the game to deliver it's best-ever earnings in FY2021.

Take-Two forecasts slightly lower net revenues of $2.9 billion (-6%) and flat net bookings earnings for FY2021 as it ramps up a massive slate of new games for next-gen consoles, including NBA 2K21 this year, and Grand Theft Auto V in 2021. There's also tons of other new titles in the pipeline.