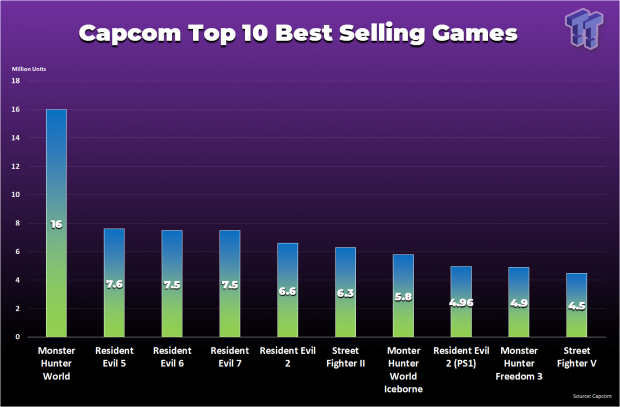 Monster Hunter: World has now sold over 16 million copies, and is the first Capcom game to achieve this feat in the company's long 41-year history. This drives total Monster Hunter franchise sales to 64 million, up 1 million from Q4'19. Monster Hunter Iceborne is tracked separately and has sold 5.8 million copies on its own.

Capcom just kicked off its new Fiscal Year 2020 with the best Q1 earnings it's ever had, pulling in a record $72.44 million in net profits (+44% YoY) on the back of $219.81 million in net sales revenue (+32% YoY). Games like Monster Hunter: World were strong contributors to these earnings and helped drive game segment earnings up by 54% to $189 million. 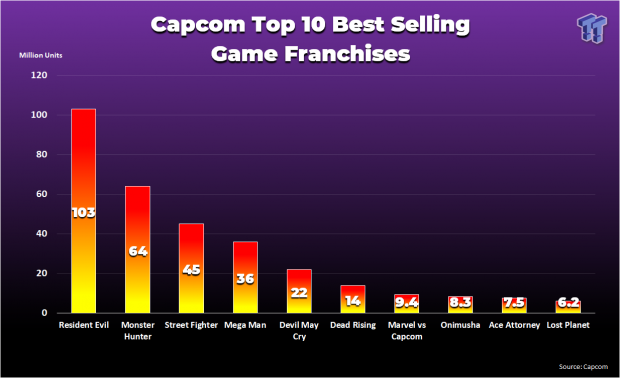