Capcom eventually wants 90% of its game sales to be digital, and it's on its way to achieving that goal. 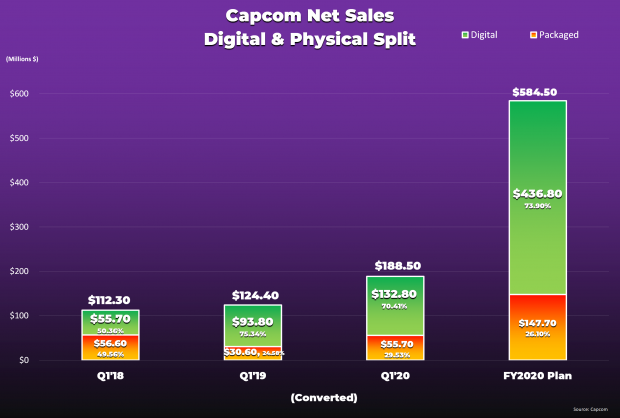 Capcom, like any games company, loves digital storefronts. Digital keeps COGS down tremendously as there's no manufacturing or shipping costs for digital titles. The end goal for all third-party games-makers is release as many games onto digital stores as possible, especially the PlayStation Network with it's massive 110 million+ install base.

"The digital market of game software is unique in each region, and not all markets are fully supported at this time. Going forward, we aim to further expand sales with a target of 90% digital sales," Capcom said in a recent Q&A session with investors. 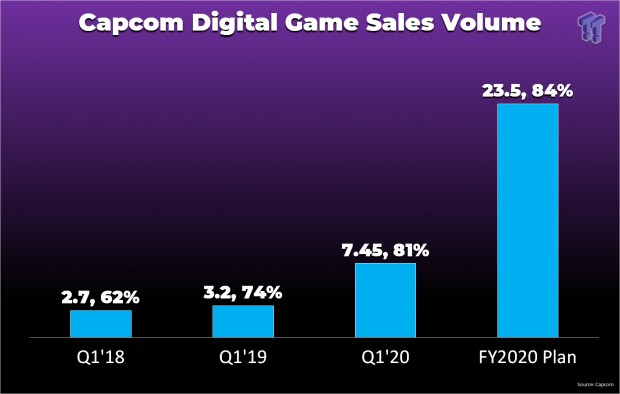 For the full-year 2020 results, Capcom expects 84% of its game sales volume to be from digital, and nearly 74% of its total net sales games revenue from the same channel.

Capcom's Q1'20 period was the best-performing first quarter in the company's 41-year history, and it expects FY2020 to deliver record results with over 28 million games sold. This fusillade of sales will be driven by big new heavy-hitters like Resident Evil VIllage, which is slated to release on next-gen consoles in Q1'2021.