Qanon poses no harm to anyone, doesn't advocate violence (unlike many other groups on social media that don't get banned) but that hasn't stopped Big Tech from banning as much as Q as they can. Facebook was first, then Twitter just recently.

Now we have TikTok blocking multiple Qanon-related hashtags, but the Chinese video sharing giant won't be removing videos using the hashtag. TikTok will however be banning the terms "Qanon", "Fall Cabal" and "QAnonTruth" but then The Verge reporter Kim Lyons gets this very pivotal bit wrong. She adds that they're banning "Out of Shadows" which is a "related phase" used by "QAnon believers".

I'll call her out now -- no it's not: Out of Shadows is not some "related phrase". Go and search "Out of Shadows" and see what it is, and how it has been all but removed from the internet, it's near impossible to find on YouTube yet has millions of views and should've been trending on YouTube but it wasn't for obvious reasons (once you've watched it, you'll understand).

All of this for a LARP?

All of this for something that the mainstream media hasn't even said was real, or relevant?

All of this for some random conspiracy?

I don't think so. 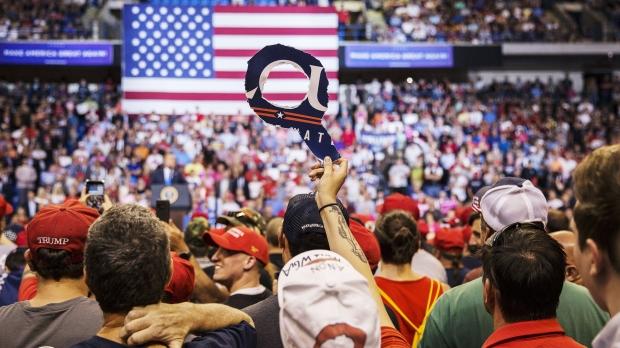