The layout isn't just simulating a game level, though: It's an actual video game environment. Super Nintendo World will have interactive snap-on wristbands that link up to a Switch game. Attendees can unlock rewards and other content as they play real-life mini-games at the park.

Super Nintendo World will also have two rides including Super Mario Kart and Yoshi's Adventures. Here's what Universal Parks and Resorts CEO Tom Williams said about the park in 2019:

"It's a whole new separate area of the park. It's got food. It's got merchandise. The first phase will have 2 rides, Super Mario Kart ride as well as Yoshi's Adventures. There will be 2 rides. The whole land is interactive, and you're going to have a wristband. It's got the big red Mario symbol on it. It's -- by the way, the wristband is super cool. It's all magnetic.

"You slap it at your wrist, and it just snaps on, and it won't come off. And that allows you to, on an interactive basis, hit -- throughout the entire land, which is built on 3 different levels.

"And it's got all the pop -- Bowsers, in Princess Peach's castle and all the different key elements, and you'll be able to go up and keep score and play with the various games, and that also translates to a score-keeping capability if you choose to do so within the rides and actually interfaces back with your game consoles. So you can build on it and come back again, and it's really got everything going on."

The Osaka-based park was originally scheduled to open Spring 2020 but has since been delayed due to coronavirus risks. 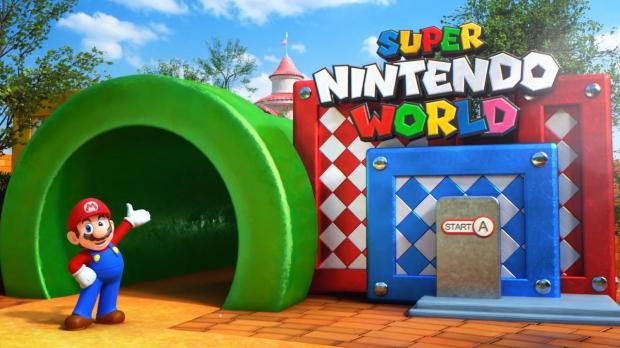